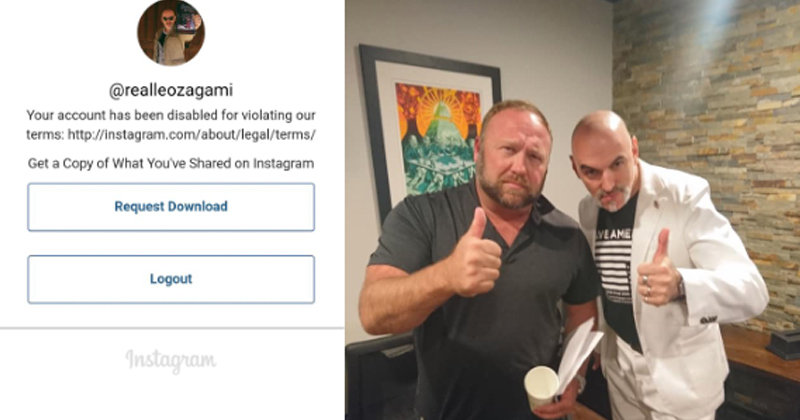 Instagram banned the account of renowned Illuminati researcher Leo Zagami, just hours after he posted a picture of himself posing with Infowars founder Alex Jones. 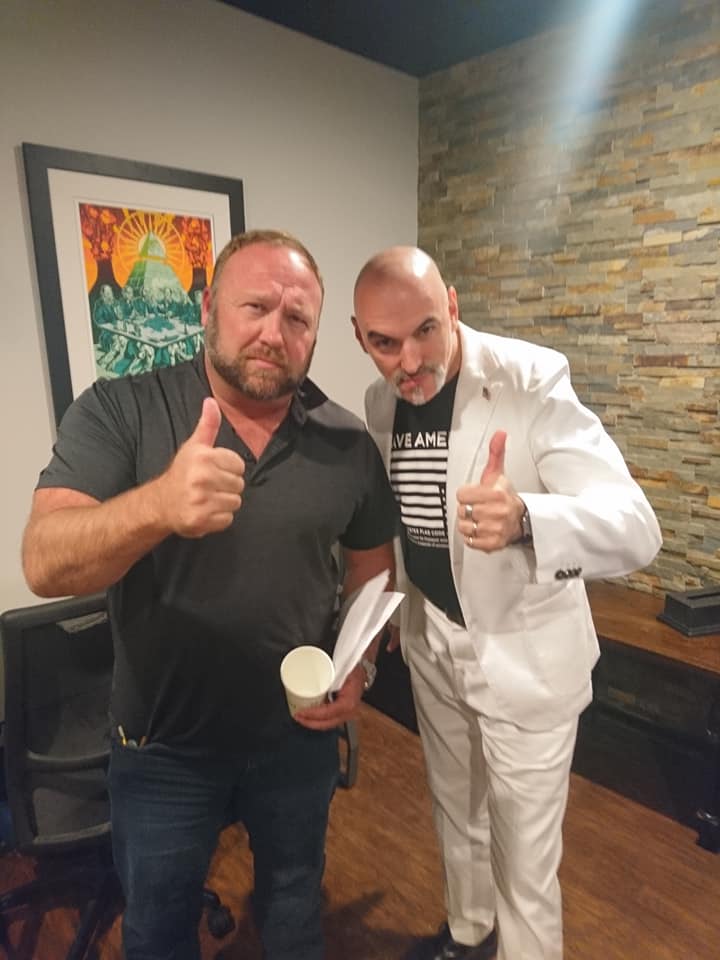 Zagami received a vague notification Monday from the Facebook-owned social media giant, informing him his account was “disabled” because it violated Instagram’s terms.

The picture featured Zagami giving a thumbs up alongside Jones, who was blacklisted by a flood of social media sites last August.

“This afternoon, my official Instagram was permanently removed stating that I was in violation of Instagram policies,” Zagami writes.

The sudden ban happened despite the Vatican investigator rarely posting on Instagram, he says.

“I am not very active on Instagram but decided to post a picture of Alex Jones and myself today wearing an Infowars shirt, after my recent visit to Infowars headquarters in Austin, Texas.” 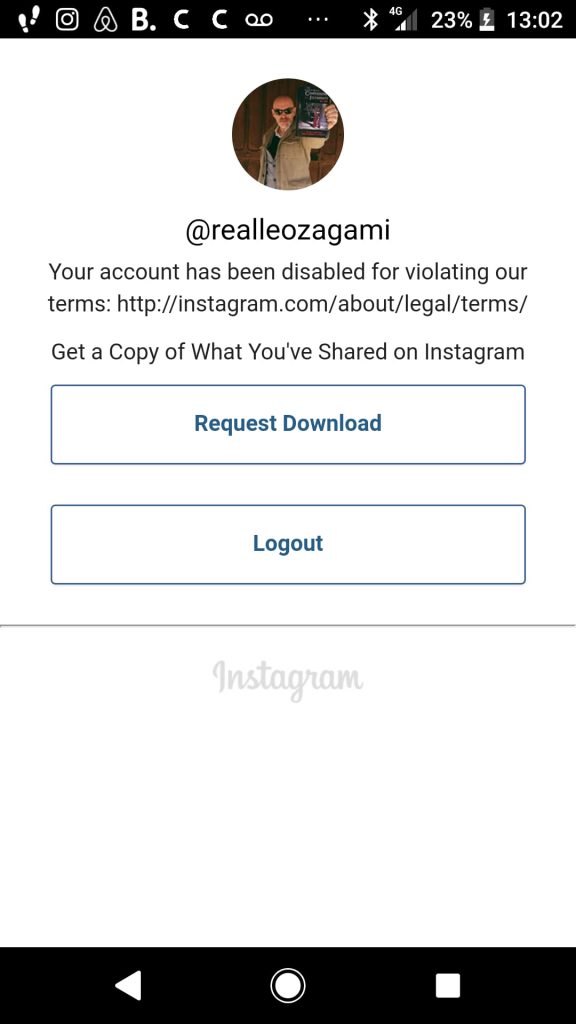 “Instagram is also censoring conservatives for the clothing they wear, as reported on Infowars today by Kaitlin Bennett who described how she had a post removed for wearing a shirt from InfoWarsStore.com.

Zagami writes he plans to pursue a lawsuit against Instagram over the ban, as the company has done nothing to stop ‘Nigerian scammer’ fake profiles from profiting off his fame.

“For this reason, I have decided to move a lawsuit against Instagram tomorrow morning for repeated violation of Federal laws by Zuckerberg’s Instagram,” warns Zagami.

“These Nigerian scammers are profiting off of gullible people who believe they are joining a legitimate organization and ruining my image in the meantime with the clear support of Instagram, as same the photo and many others that were stolen from my social media are still present on their fake Instagram account.”

Zagami joined Alex Jones in-studio last week to discuss current events, and his decision to flee Italy after being persecuted.