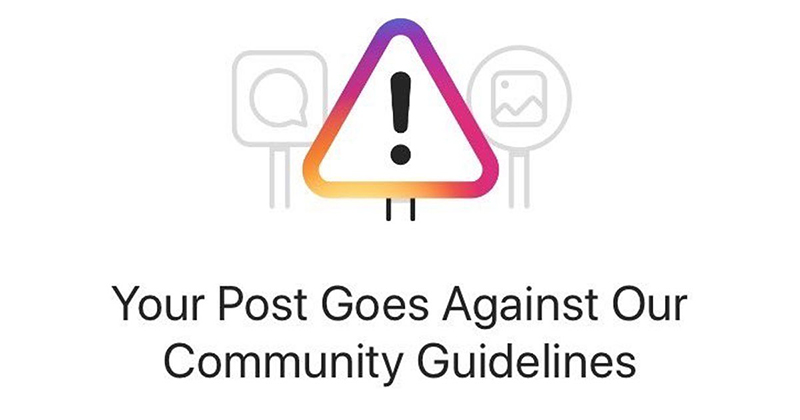 Instagram reportedly removed a post from a conservative account for condemning the recent “mute white people” and “amplify melanated voices” stickers introduced on platform, claiming objecting to the “mute white people” message is a form of “hate speech.”

Instagram user Bernadine Bluntly made a post criticizing the anti-white stickers used on the social media platform. The post was removed for “hate speech” by the platform.

Bernadine Bluntly, shocked at the platform’s decision, wrote, “So I use @Instagram’s own GIFS and I get penalized for it? lol This is why I quit trying to make my page “aesthetic”. My posts get taken down left and right anyways, so it doesn’t work.”

Jesse Lee Peterson joins Owen on the War Room and explains why he created White History Month, and what is wrong with the BLM organization.

Instagram users began objecting to what they believe is a double standard in language policing on the platform, writing, with one writing “A guy I reported for posting about killing white people got his restored because it didn’t go against IG’S guidelines.”

Another wrote, “I’ve been reporting an account that posts nudes of minors, but puts a little blur over explicit parts, and it’s yet to be taken down.”

The double standard was introduced to Twitter by Ashley St. Clair in a tweet which read, “A conservative friend of mine made a post with the ‘Mute White People’ sticker to bring attention to the racism Instagram REMOVED the post for ‘hate speech’ even though it was a sticker they published.”

Although Instagram did not originally come up with the sticker, it is currently available through the app.

Instagram did not create a ‘mute white people’ sticker although one is currently available through the app and can be added to an Instagram Story by others. Over the years, Instagram has continually improved its service through new features, and some of them allow others to also contribute to the platform.

The post sparked increased debate about whether social media platforms should be categorized as “publishers” for their failure to fully commit to freedom of speech.

“It means they are a publisher and therefore should be treated as one in the law,” tweeted one account.

President Donald Trump recently signed an executive order targeting the liability protections afforded to social media companies, who promise to create neutral platforms in exchange for immunity from lawsuits related to libel written by their users.

According to Section 230 of the 1996 Communications Decency Act, social media companies will not be seen as publishers, and opened to liability, so long as they remain politically neutral.

President Trump has threatened to strip this liability protection for social media companies who engage in politically motivated censorship on their platforms.