Who would have thought forcing everyone in the nation to buy health insurance would be so profitable?

It turns out if you’d invested in health insurance company stocks at the start of the whole Obamacare fiasco, you’d be sitting pretty right now.

Here’s a list of some of the top health insurance providers in the U.S., and a look at how their stocks have produced decent returns since Obama signed the Affordable Care Act into law in 2010.

Does anyone else notice a trend here?

Actually, this shouldn’t come as a shock. After all, the health care industry spent nearly $500 million lobbying for health care issues in 2012, and $243 million so far in 2013. “No other industry sector spent more lobbying Congress and the federal government,” according to Breitbart.

One popular healthcare company that is noticeably absent from this list is Amerigroup, which was purchased by WellPoint Inc. in July 2012 for $4.9 billion in cash.

Also absent is the Kaiser Foundation Health Plan as it is part of a privately held network, and Celtic Healthcare, which the Washington Post Co. (yes, the newspaper Amazon founder Jeff Bezos recently purchased) acquired a majority stake in in October 2012.

According to an Organization for Economic Cooperation and Development report from 2008, the United States spends more on healthcare than any other country in the world. 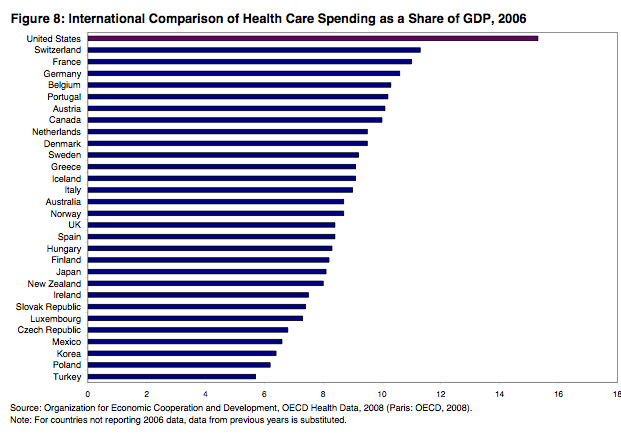