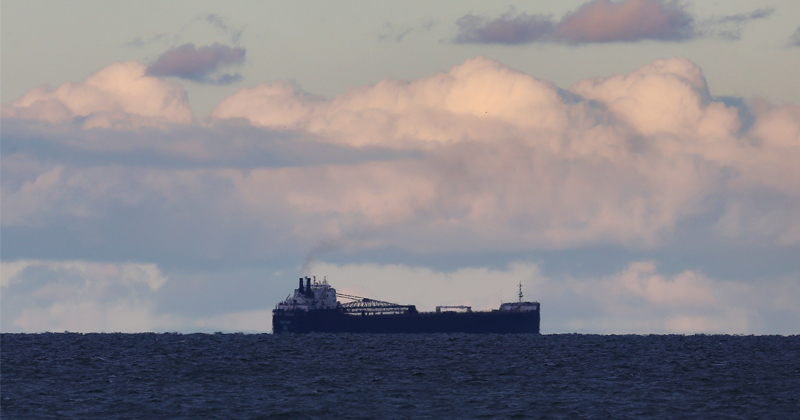 World trade in 2019 expanded at its weakest year since 2009. Significant macroeconomic headwinds started to slow the global economy in late 2017, several quarters before the trade war began.

Trade officials attributed the steep decline in cargo volumes on the trade war, high waters that made some regions impassible, and adverse weather conditions that weighed on grain exports.

“The challenges of the 2019 shipping season underline the critical importance of protecting the future integrity of the Great Lakes-St. Lawrence waterway as a reliable and efficient trade and transportation corridor for the United States and Canada,” said Bruce Burrows, president of the Chamber of Marine Commerce.

“High water levels are negatively impacting residents and businesses, including the marine shipping sector that transports cargo through the St. Lawrence Seaway, and we need to work together with the International Joint Commission and governments to conduct a proper study into water levels and their causes, and to develop a resiliency plan that can address stakeholder needs into the future.”

Canada and U.S.’ annual growth rate has rapidly slowed since 1H18 — as a manufacturing recession continues to deepen. With no signs of abating in early 2020 – international cargo volumes across the Great Lakes could see persistent weakness in the coming quarters.

As for world trade, the expectation of a V-shape recovery in 2020 could be more of fantasy as global equities have already priced-in a massive rebound. The world has likely entered a U-shape recovery as low-growth becomes the new normal.

Infowars Reporter Rob Dew shows the patent number to the Coronavirus which is currently ravaging China.