Earlier this week South Korean intelligence (a creation of U.S. military intelligence) blamed the enfeebled Stalinist regime in North Korea for a series of cyber attacks on the U.S. government and commercial websites. As numerous observers have noted since the attacks, it is unlikely North Korea was behind the attacks. “Some analysts have questioned the North’s involvement, saying it may be the work of industrial spies or pranksters,” reports Reuters.

[efoods]Instead of North Korea, the Korea Communications Commission now claims the original attacks were based in Germany, Austria, Georgia, the United States and South Korea. The location of the hackers behind the attacks is still unknown, according to the KCC.

The new alleged threat and accompanying propaganda comes as Senate Commerce Chairman John (Jay) Rockefeller prepares for a July committee vote on cybersecurity legislation he introduced in April with Sen. Olympia Snowe, R-Maine. One of the bill’s most controversial provisions would give the president the power to effectively shut off the Internet during a cyber crisis similar to the one now threatening PCs, according to South Korea and its U.S. created intelligence agency. 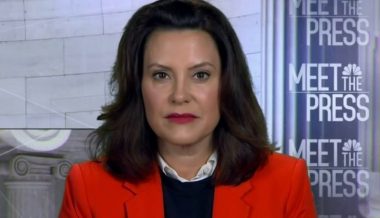