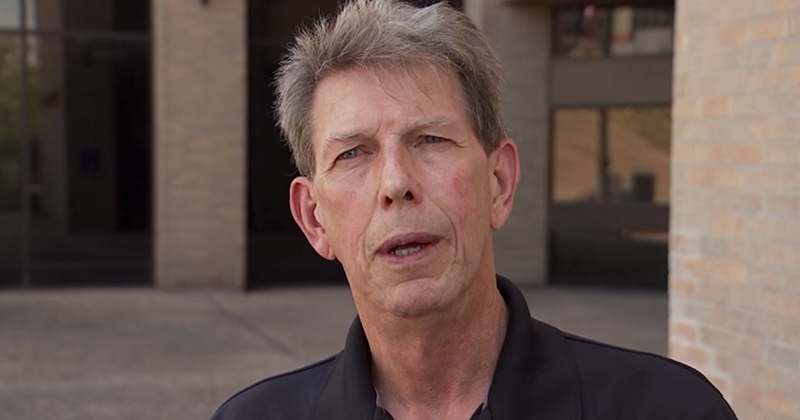 A resident of Austin, Texas is being ridiculed for turning in his AK-47 rifle in response to recent mass shootings in his home state.

“The massive shootings, all the lives, all the blood is hard to ignore,” said the man, named Billy, while being interviewed by Fox 7 Austin.

Continuing, Billy added, “I’m going to go in, let them know I’m surrendering my firearm and it’s an assault weapon.”

The local news outlet filmed as Billy walked into the Austin PD headquarters and told police he was ready to hand over his rifle.

The news report even included a strange video clip of Billy striking his gun with a sledgehammer and saying, “Enough said.”

The segment was uploaded to the Fox 7 Austin Facebook page where the large majority of users mocked Billy’s virtue-signaling act.

Anti-Second Amendment Democrat presidential hopeful Beto O’Rourke praised Billy in a Twitter post, writing, “Billy, and people like him across our country, are recognizing weapons of war have no place in our communities. Thank you, Billy, for your leadership. Together, we will end this epidemic.”

Billy, and people like him across our country, are recognizing weapons of war have no place in our communities. Thank you, Billy, for your leadership. Together, we will end this epidemic. https://t.co/Xfo20zHMW8

At the time of writing this article, the Facebook post was heavily ratioed, receiving over 500 laughing reactions compared to only 200 likes and 70 hearts.

The comment section revealed the true feelings of the public, who overwhelmingly disagreed with the idea of turning in their firearms. 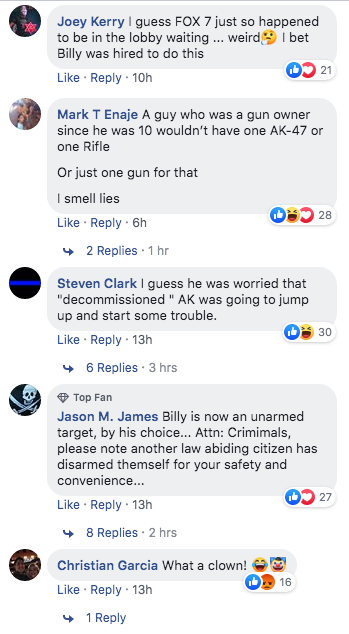