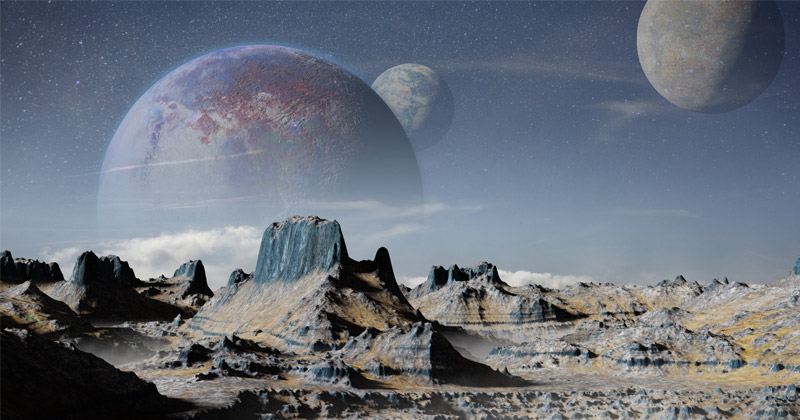 University of Washington astrobiologist Rory Barnes has created software that simulates multiple aspects of planetary evolution across billions of years, with an eye toward finding and studying potentially habitable worlds.

Barnes, a UW assistant professor of astrobiology, astronomy and data science, released the first version of VPLanet, his virtual planet simulator, in August. He and his co-authors described it in a paper accepted for publication in the Proceedings of the Astronomical Society of the Pacific.

“It links different physical processes together in a coherent manner,” he said, “so that effects or phenomena that occur in some part of a planetary system are tracked throughout the entire system. And ultimately the hope is, of course, to determine if a planet is able to support life or not.”

VPLanet’s mission is threefold, Barnes and co-authors write. The software can:

An important part of the process, he said, is validation, or checking physics models against actual previous observations or past results, to confirm that they are working properly as the system expands.

“Then we basically connect the modules in a central area in the code that can model all members of a planetary system for its entire history,” Barnes said.

And though the search for potentially habitable planets is of central importance, VPLanet can be used for more general inquiries about planetary systems.

“We observe planets today, but they are billions of years old,” he said. This is a tool that allows us to ask: ‘How do various properties of a planetary system evolve over time?'”

The project’s history dates back almost a decade to a Seattle meeting of astronomers called “Revisiting the Habitable Zone” convened by Victoria Meadows, principal investigator of the UW-based Virtual Planetary Laboratory, with Barnes. The habitable zone is the swath of space around a star that allows for orbiting rocky planets to be temperate enough to have liquid water at their surface, giving life a chance.

They recognized at the time, Barnes said, that knowing if a planet is within its star’s habitable zone simply isn’t enough information: “So from this meeting we identified a whole host of physical processes that can impact a planet’s ability to support and retain water.”

Barnes discussed VPLanet and presented a tutorial on its use at the recent AbSciCon19 worldwide astrobiology conference, held in Seattle.

The research was done through the Virtual Planetary Laboratory and the source code is available online.

What’s humanity faces over the horizon.