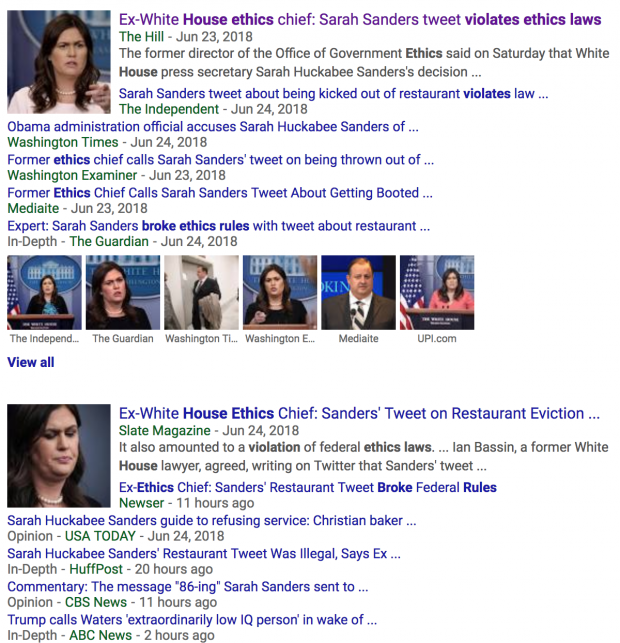 During a speech on Saturday, Waters encouraged supporters to organize into a mob when they see Trump officials in public.

“In encouraging individuals to create ‘crowds’ who will ‘push back’ on President Trump’s cabinet members at private business establishments and in seemingly trying to prevent these Cabinet officials from obtaining basic necessities without fear of assault and violence, Rep. Waters seems to be in violation of House rules,” wrote Judicial Watch President Tom Fitton.

In particular, Fitton pointed out that Waters had run afoul of House Rule 23, Clause 1 which states that she should conduct herself “at all times in a manner that shall reflect creditably on the House.”

“Rep. Maxine Waters incited violence and assault against members of President Trump’s Cabinet,” added Fitton. “It is urgent that the House ethics quickly act to hold her accountable for this dangerous incitement.”

Interestingly, despite Waters’ speech, the mainstream media was more focused on accusing Press Secretary Sarah Sanders of “violating ethics laws” for her tweet about getting kicked out of a Virginia restaurant owned by a leftist:

It’s almost inconceivable that Waters would think inciting rabid, politically-driven mobs is wise given that it was only a year ago when a left-wing activist opened fire on a GOP baseball game, seriously wounding Rep. Steve Scalise (R-La.) and others in attendance.

On Monday, Rep. Steve King (R-Iowa) warned that America “is heading in the direction of another Harpers Ferry,” in reference to events that preceded and spurred on the American Civil War.