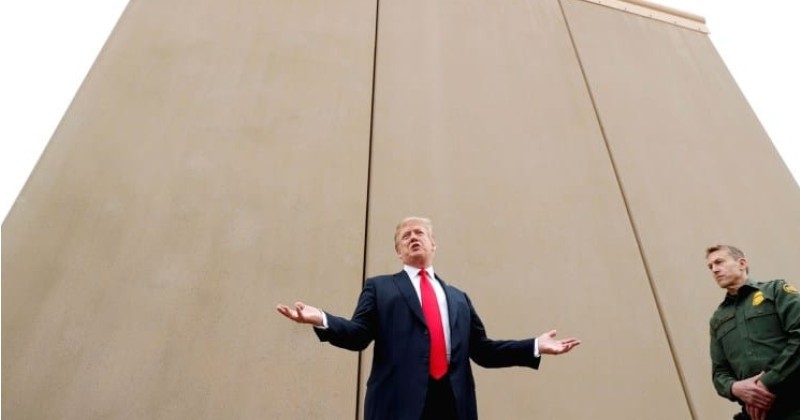 An investigation by the Daily Caller has found that the Trump administration hasn’t built any ‘new’ sections of the wall on the U.S. border with Mexico.

The only sections of ‘the wall’ that have been built have been reinforcements of shoddily constructed ‘barriers’ erected during the George W. Bush years.

The administration said that it considered these replacement structures to be a priority over actually building a “new linear miles” wall.

Those reinforcements consist of 30-foot tall structures that are embedded in concrete.

The administration says it expects to have completed 400-500 miles of the “new border wall” by the end of 2020 with the help of the $3.6 billion in wall funding pulled from the Pentagon.

However, when asked when they were expected to break ground on the construction of this “new linear miles” wall, acting Customs and Border Protection (CBP) commissioner Mark Morgan couldn’t provide an answer.

Building a “new linear miles” wall takes longer because of the land acquisition process, although administration officials claim that this process has been shortened.

Trump is facing increasing criticism from within his own camp – notably Ann Coulter – for failing to deliver on his election promise to build the wall.

However, his supporters insist that the delay is purely down to obstructionist Democrats and that the wall will get built if Trump is re-elected in 2020.