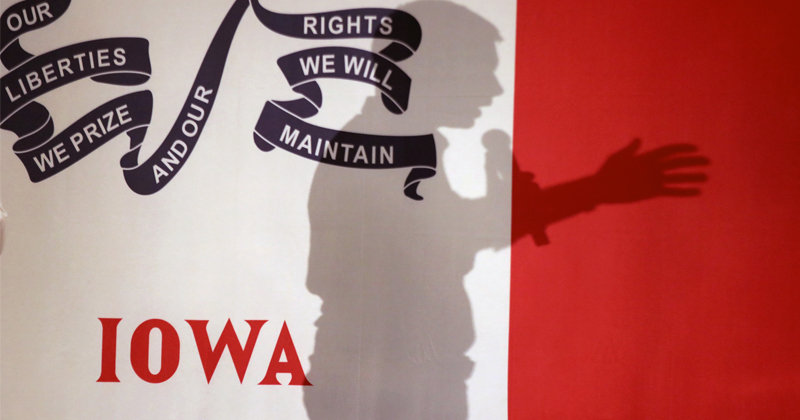 The Democratic National Committee (DNC), the governing body of the Democratic Party, has notably distanced itself from the Iowa state party, which oversaw a chaotic caucus that was riddled by reporting errors.

The DNC had more involvement than it claimed in the development of the faulty app that wreaked havoc on the Iowa caucuses, leaked documents show.

One of the documents is a contract between tech company Shadow, Inc. and the Iowa Democratic Party. According to Yahoo News, a redacted copy of the agreement, dated August 2019, was provided by an unaffiliated Democratic operative (click here to view).

It stipulates that the DNC should have “continual access” to security and system logs, configurations, and data flow designs for Shadow’s reporting mobile app, called IowaRecorder. Shadow also agreed to provide monthly updates to the committee on the progress in the app development.

A separate email obtained by Yahoo News appears to show that the “continual access” provision was included in the contract upon the request of the DNC’s chief executive, Seema Nanda, and deputy chief technology officer, Kat Atwater, to the Iowa Democratic Party (IDP).

Despite the documents showing that the DNC had an extensive role in IowaRecorder’s development and was well-placed to identify vulnerabilities, the DNC denied building the app and maintained that the provision was included with the sole purpose of giving it leeway to address security risks.

“The DNC drafted broad language to make sure whatever vendor IDP ultimately hired was required to work with the DNC’s cyber-security consultant,” said the party national communications chief Xochitl Hinojosa. “We did not build the application, nor did we provide ‘oversight’ of its development — that’s the vendor’s responsibility. We only provided security assistance.”

What Iowa officials described as an error in IowaRecorder caused a massive delay in the announcement of the results of state caucus for the Democratic presidential nomination.

DNC Chairman Tom Perez has notably criticised the IDP for the errors and also called for a recanvass, laying blame for the chaos explicitly with IDP Chair Troy Price, who was forced to resign this week.

What happened last night in Iowa should never happen again. We have staff working around the clock to assist the Iowa Democratic Party to ensure that all votes are counted.


Final results were published as late as Sunday, almost a week after the vote, after the Iowa Democratic officials made a series of corrections to the tally. While Bernie Sanders won the popular vote, it has been announced that Pete Buttigieg will claim 14 pledged delegates to the national primary, and Sanders will get 12. In addition, Elizabeth Warren will secure eight delegates, Joe Biden six, and Amy Klobuchar one.

The delay, however, called the results into question, and the Associated Press said it was “unable to declare a winner”, citing inconsistencies with the vote count.

Results will be recanvassed – partially

Questions have also been raised about possible bias among app developers, given that two Shadow co-founders had worked for Hillary Clinton (who was notoriously favoured by the DNC over Bernie Sanders in the 2016 primary), and the fact that the Democratic operative who runs Shadow’s owner, Acronym, is married to a senior Buttigieg campaign strategist.

Both Sanders and Buttigieg have asked the Iowa Democrats to recanvass the results in some of the precincts where there were apparent irregularities. This is not a recount, but rather a check of the math used to collect results from each caucus site.

A recanvass is expected to begin on Sunday. If it shows significant differences from the initial announcement, Sanders could win over one delegate from Buttigieg; otherwise, the latter will remain the winner.