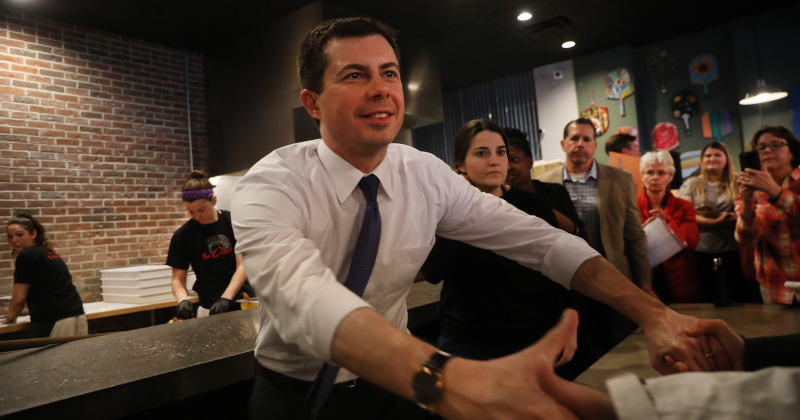 Pete Buttigieg narrowly won Iowa’s Democratic presidential caucuses, beating Bernie Sanders by 0.1%, the state party said on Thursday, after a long delay in releasing the results of the first contest for the presidential nomination.

Buttigieg, former mayor of South Bend, Indiana, emerged as the winner of the Iowa caucus, gaining 26.2% of state-delegate equivalents – the data traditionally used to determine the winner – with 100% of precincts counted, the Iowa Democratic Party said.

However, the AP noted that there is evidence the party has not accurately tabulated some of its results, including those released late Thursday that the party reported as complete, meaning that the party results are at 99% of precincts reporting, with data missing from one of the 1,765 precincts.

The Iowa race had faced numerous delays while counting the state-delegate equivalents, with officials blaming inconsistencies related to a new mobile app used for vote counting for the unusual delay in Iowa, the state which traditionally starts the Democratic race for the nomination.

The chairman of the Democratic National Committee on Thursday called for a “recanvass” of the results of the Iowa caucuses, saying it was needed to “assure public confidence” after three days of technical issues and delays.

Iowa chairman Troy Price suggested in a statement Thursday that he would only pursue a recanvass if one was requested by a campaign, however both Sanders and Buttigieg had already declared themselves the winners of the Iowa competition.

“We’ve got enough of Iowa,” Sanders said later Thursday at a CNN town hall. “I think we should move on to New Hampshire.”

After Iowa’s reporting issues and delays, the Nevada Democratic Party, which will host its caucus on February 22, is “scrapping both the app and ties to Shadow,” the company that developed the caucus-reporting apps for both Iowa and Nevada, according to party spokeswoman Molly Forgey. She added that the party has “a series of backup plans in place.”