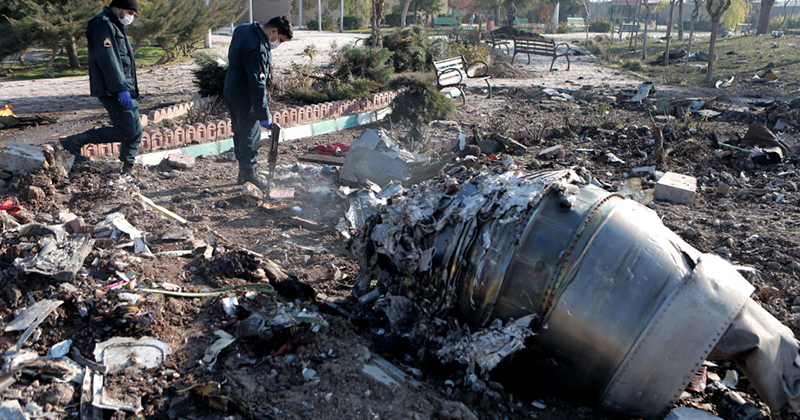 Iran has changed its story about what caused a Boeing 737 operated by Ukrainian International Airlines to plunge out of the sky minutes after taking off from the airport in Tehran.

After initially blaming mechanical malfunctions for the crash, a version of events that was almost instantly refuted by experts and the airline in Ukraine, Iran is now claiming that UIA Flight 752 tried to turn back after take off, suggesting that the cause of the crash was something other than the misfiring of one of Iran’s Russian-made missile-defense systems, according to Bloomberg.

A video that made the rounds yesterday appeared to show that the jet was already on fire when it plunged out of the sky.

In a surprising move that wasn’t initially expected, Iran has invoked an international agreement allowing it to receive assistance from other countries, including the US. A Ukrainian team has reportedly arrived in Tehran, and according to a report in Israeli newspaper Haaretz, investigators are looking for signs of Russian-made missiles among the debris at the wreckage site.

Dan Lyman joins Owen to break down the latest updates about the tensions with Iran after the targeted killing of a top Iranian General.

After initially appearing to support reports of mechanical error, the Ukrainian government has officially changed its stance to supporting several theories, including the possibility that a missile or bomb blew the plane out of the sky.

In the US, American agencies like the NTSB are trying to figure out whether it’d be legal to engage with the Iranians under the terms of international sanctions, which President Trump is now planning to tighten. They’re also concerned about sending people to Iran given the recent strikes.

The four scenarios reportedly being studied, according to a senior Ukrainian minister, are the possibility of a mid-air collision with a drone, a terror attack with an on-board bomb, a missile strike and mechanical failures.

The State Department issued a statement offering to assist Ukraine with the investigation, but notably that statement didn’t mention helping Iran. “The United States calls for complete cooperation with any investigation into the cause of the crash,” it read. After dozens of Canadians died in the crash, Canadian Prime Minister Justin Trudeau has also demanded that Canada take part.