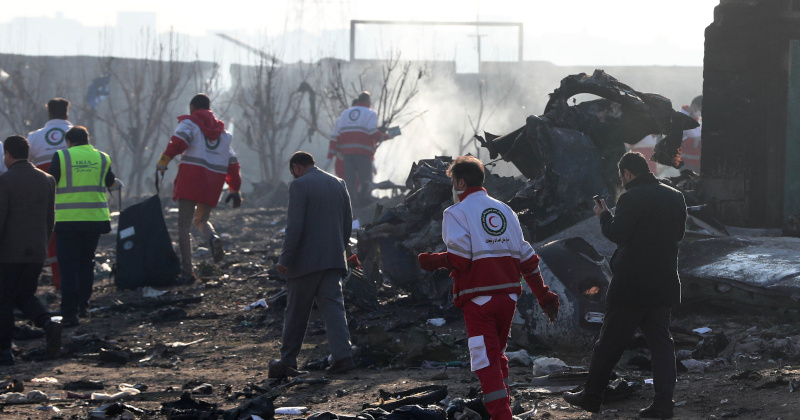 It looks like Tehran has found its scapegoats for the accidental downing of Ukrainian International Airlines Flight 752.

According to Al Jazeera, Iran’s judiciary has announced the arrests of “an unspecified number” of suspects whom the state alleges are responsible for the accidental downing of a commercial passenger jet just hours after Tehran fired a barrage of missiles at several American installations in Iraq.

Iran has faced international outrage over the downing, as Tehran initially planned to refuse to allow any foreign powers to cooperate in the investigation. However, it has since changed its tack, agreeing to allow Ukrainian, Canadian, French and American investigators to examine the crash data recovered from the plane’s black box.

After initially denying any culpability in the crash (which killed 176 passengers and crew) while accusing skeptics of “psychological warfare,” Iran did an about face over the weekend, admitting that the IRGC shot down the plane in what the regime described as a “disastrous mistake.”

In comments carried by state media, spokesman Gholamhossein Esmaili said on Tuesday that “extensive investigations have taken place and some individuals are arrested.” Though he didn’t offer any additional details.

Speaking to the country during a televised address on Tuesday, Iran’s President Hassan Rouhani promised a thorough investigation into the “unforgivable error” of shooting down the plane.

It’s worth noting that the pressure faced by the regime in the wake of the accident wasn’t solely external. Over the weekend, hundreds of protesters took to the streets in Iranian cities, including Tehran, to demand justice for the mistake.

Rouhani said the regime would set up a “special court” overseen by a ranking judge and dozens of experts to investigate the “tragic event” (translation: the suspects will face show trials, capped with hefty sentences).

“This is not an ordinary case. The entire world will be watching this court,” Rouhani said, before insisting that everyone involved in the accident must be punished.

“For our people, it is very important in this incident that whoever was at fault or negligent at any level” faces justice, Rouhani said. “Anyone who should be punished must be punished.”

The president called the government’s admission that Iranian forces shot down the plane the “first good step.”

“We should assure people that it will not happen again,” Rouhani said, adding that his government was “accountable to Iranian and other nations who lost lives in the plane crash.”

One expert who spoke to Al Jazeera said Rouhani’s announcement was a “watershed moment” since the regime doesn’t usually take responsibility for its actions.

“People aren’t used to the military and state institutions taking state responsibility and accepting that they are wrong.”

We suspect that the regime will continue with the same level of ‘transparency’ going forward.