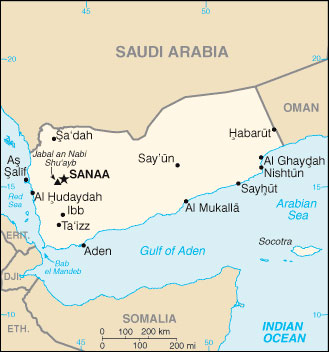 On Sunday Iran’s supreme leader, Ayatollah Ali Khamenei, said he would accept a compromise in nuclear talks with the West.

“I would go along with any agreement that could be made. Of course, if it is not a bad deal. No agreement is better than an agreement which runs contrary to our nation’s interests,” Khamenei said.

The Israelis are in steadfast opposition with any deal between Iran and the West.

“We will do everything and will take any action to foil this bad and dangerous agreement,” Israeli Prime Minister Benjamin Netanyahu said during a cabinet meeting on Sunday.

On Wednesday Houthi rebels in Sanaa, the capital of Yemen, seized United States embassy vehicles and weapons after the ambassador and diplomats departed the country, according to embassy staff.

Prior to leaving, embassy staff burned tens of thousands of documents and destroyed weapons held in storage.

The actions come after the United States, along with Britain, suspended operations at their respective embassies and moved out staffers because of the instability in the Arab nation.

According to the official, the Houthis seized many U.S. Marines’ weapons at the airport and the American troops also handed over some to random airport officials.

The Houthi and its militia are described by the corporate media in the West as an Iranian proxy locked in a regional power struggle with Saudi Arabia.

US Embassy gave up 30 armoured cars & all Marine guards weapons to Houthi militia before departing from Sanaa Airport today. #Yemen

“Exactly how much support Iran has given the Houthis, who share a Shi’ite ideology, has never been clear. Sunni countries in the Gulf accuse Iran of interference via Shi’ite proxies in the region, something Tehran denies,” Reuters reported in December after the Houthi militia seized Yemen’s capital in September.

Houthi officials told Reuters Iran is not financially and materially supporting the group. “But the assertions are still likely to reinforce Saudi, and Western, fears that Iran is exploiting turmoil between Sunni and Shi’ite Muslims in Iraq, Syria, Lebanon, Bahrain and now Yemen.”

The incident at the U.S. embassy in Yemen and Iran’s reported connection to the Houthi and its militia will undoubtedly cast a shadow over the nuclear talks at the conference in Munich.

Israel, the Israeli lobby in the United States, and a number of influential lawmakers in Washington have promised to sabotage any deal with Iran brokered by France, Britain, Russia, China, the United States and Germany.

“Threats by American lawmakers to impose further sanctions on Iran have already poisoned the spirit of the talks and created doubt among Iranians about whether the United States is able and willing to deliver on its promises,” The New York Times reported on January 25.