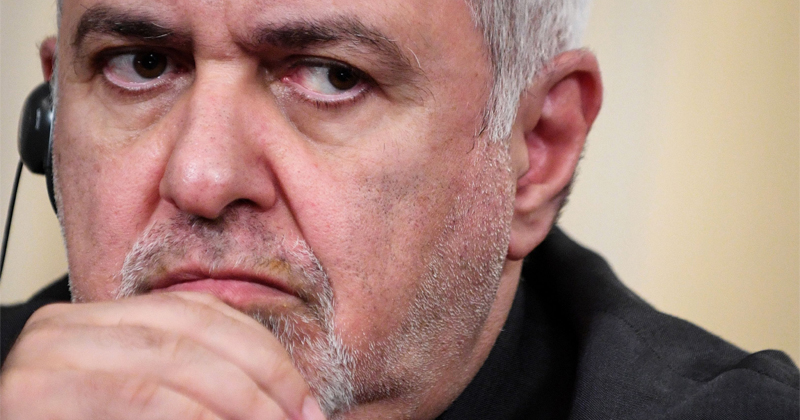 Iranian Foreign Minister Mohammad Javad Zarif hit back at the US after President Trump accused Iran of planning a “sneak attack” on US troops and assets in Iraq.

Zarif took to Twitter to warn his followers not to “be [misled] by usual warmongers, AGAIN,” then tagging US president Donald Trump. “Iran has FRIENDS. No one can have MILLIONS of ‘proxies’,” he continued.

Iran has FRIENDS: No one can have MILLIONS of"proxies"

Unlike the US—which surreptitiously lies, cheats & assassinates—Iran only acts in self-defense. Openly

Iran starts no wars, but teaches lessons to those who do


Zarif’s tweet came after Trump tweeted on Wednesday that Iran was planning a “sneak attack on US troops” and warned that the country would pay a “heavy price” if it or its allies attacked US troops based in Iraq. Trump said this was based “upon information and belief.”

Upon information and belief, Iran or its proxies are planning a sneak attack on U.S. troops and/or assets in Iraq. If this happens, Iran will pay a very heavy price, indeed!


Trump did not make clear whether or not the US actually has knowledge of such a plan. The accusation came after the senior Iranian general who replaced the slain Qassem Soleimani as the head of Iran’s Quds Force arrived in Baghdad, according to Iraqi officials.

Qassem Soleimani, one of Iran’s highest-ranking military officials, was killed in an attack by a US drone strike in early January. Iran responded with a retaliatory attack soon after, launching ballistic missiles at two bases housing US troops in Iraq.

The escalation of the battle of words between Tehran and Washington comes as Iran has been badly hit by the coronavirus crisis, which the UN Secretary General says has been heightened by international sanctions.