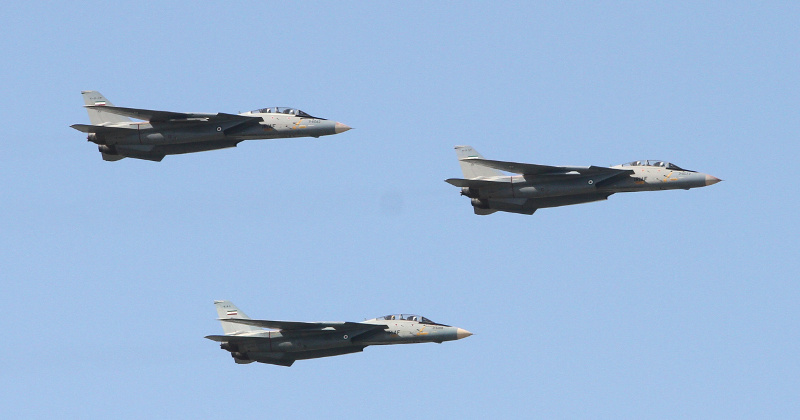 The head of Iran’s air force has warned that Tehran is ready to “confront” and “eliminate” Israel. His fighting words come after Israel launched air raids on alleged Iranian targets inside Syria, killing 4 Syrian soldiers.

“The young people in the air force are fully ready and impatient to confront the Zionist regime and eliminate it from the Earth,” he said. “Our future generations are learning required know-how for the promised day to destroy Israel,” he added.

He stressed that Iran’s high level of military preparedness has deterred the country’s enemies from attacking the Islamic Republic.

Israeli Prime Minister Benjamin Netanyahu defended his nation’s decision to strike targets inside Syria on Monday, describing the air raid as retribution against those who wish to destroy Israel.

“We are operating both against Iran and against the Syrian forces that are abetting the Iranian aggression,” Netanyahu said in a speech. “We will strike at anyone who tried to harm us. Whoever threatens to eliminate us, bears full responsibility.”

Israel is believed to have fired dozens of missiles and guided bombs at targets inside Syria over the last 48 hours, purportedly targeting Iranian forces stationed in the country.

The strikes have killed four Syrian soldiers and left six others injured, the Russian Defense Ministry has said, as well as causing damage to Damascus International Airport. The ministry claims that Syrian forces have intercepted 30 Israeli missiles over the past 48 hours.

Islam has very different cultural norms than those of western culture. Owen Shroyer explores if muslim men should also be considered toxic.