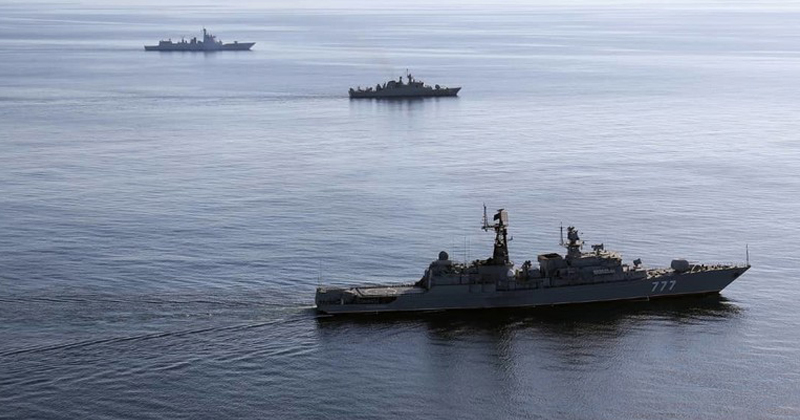 Just a day after exclaiming that the US should leave Middle East waters, Iran’s navy chief urged other countries to join the trilateral maritime exercise Iran, Russia and China will hold every year.

The drills, hosted by Iran and attended by Chinese and Russian navies, wrapped up this Sunday – but they are likely to take place each year, Rear Admiral Hossein Khanzadi told semi-official Mehr news agency. Tehran also wants to expand the number of countries willing to participate.

“We are seeking to achieve collective security, and for that purpose, we are inviting regional countries to join us [in the drills].”

“There is no threat facing the Persian Gulf region except for the presence of foreign forces such as the US, which are endangering the security of this region,” the Iranian navy commander asserted.

Sailors from the three countries were given a first-of-a-kind opportunity to hone combat skills in the Gulf of Oman, near the port city of Chabahar, simulate counter-piracy missions and train in putting out burning ships.

Most of the material was provided by the Iranians, with Russia and China sending a corvette and a missile destroyer respectively; the Russian task force also included a pair of auxiliary vessels.

All participants stated that the exercise was of a defensive nature, but Iranian officials hinted at some geopolitical rationale behind the event. Khanzadi himself previously admitted that it was to deliver “a highly significant message” to the US and their allies.