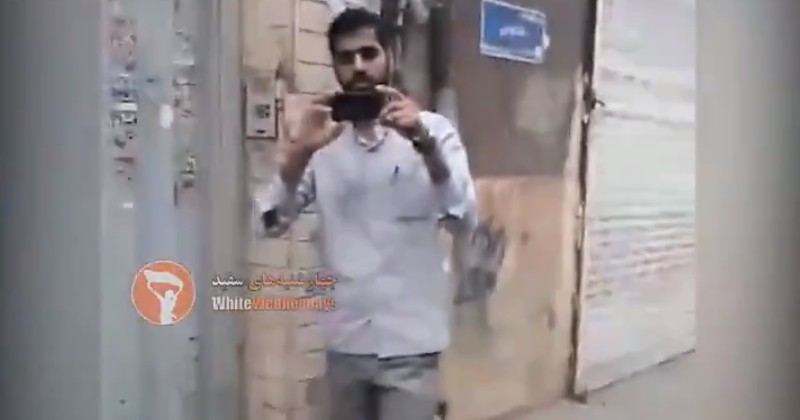 A video out of Iran shows a woman being stalked, filmed and harassed by a group of men for refusing to wear a hijab.

The video footage was posted to Twitter by Iranian activist Masih Alinejad, who described the men in the video as “pro-regime thugs.”

It shows three men, one of whom is wearing a helmet to disguise his identity, recording the woman on their phones.

“They say I have to wear it because it’s the law, they’ve been following me all along, they’re harassing me,” says the woman.

This is how regime makes life a living hell for Iranian women in the streets of Iran.

A woman was harassed by pro-regime thugs for not wearing forced hijab.

She was stalked, and was told to fix her hijab.

“Fix your hijab, we don’t follow you,” responds the man wearing the helmet.

The men continue to follow the woman, demanding she “fix” her hijab while insisting, “We’re conducting our duty.”

“So their duty is to follow me for a few strands of hair,” responds the woman.

She then accuses the men of intimidating taxi drivers so she is prevented from leaving the area.

A commotion then appears to take place between the hijab enforcers and some other men in the street and the video ends.

Women who remove their hijabs in Iran are routinely subjected to arrest, torture and beatings. One woman who removed her veil during a protest was sentenced to 20 years in prison.

While modesty laws are enforced with harassment and sometimes brutality in the Middle East, leftists in the west have tried to re-brand the Islamic veil as a symbol of feminism.