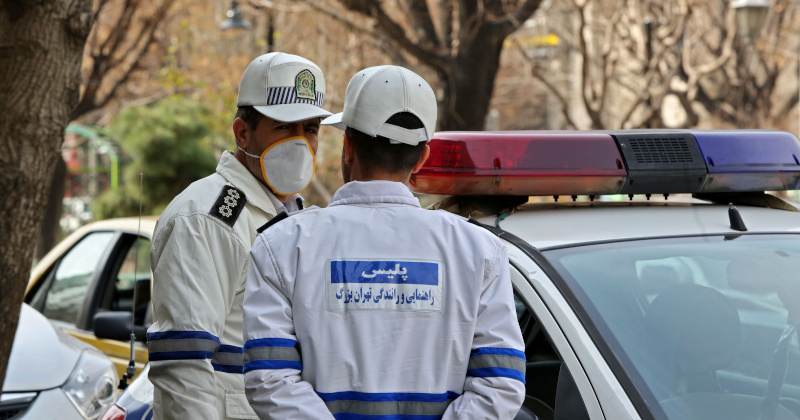 Heading into yet another week where headlines across the world are dominated by the coronavirus outbreak, it looks like the market has finally accepted the fact that this virus isn’t ‘just the flu’ as US stocks look headed for a sharp drop at the open, set to build on their losses from last week.

Following the release of the latest batch of infection numbers from China and South Korea, the focus Monday morning has shifted back to Iran, where the true scope of the outbreak is rapidly becoming apparent: News reports claim the death toll in the city of Qoms has already hit 50.

If true, that would be far and away the largest number of deaths in a single country outside mainland China (at least, that we know of).

Iran alone has seemingly tripled the death toll ex-China overnight (even if the deaths haven’t yet been counted by Johns Hopkins, SCMP or the other running databases that have been cataloguing the crisis).

As far as ‘confirmed’ cases go, the toll remains at 12, still higher than any other single country ex-China. At least that’s what the Iranian Health Ministry is insisting on.

But according to a lawmaker who spoke to the Associated Press, the ‘true’ death toll is 50:

A staggering 50 people have died in the Iranian city of Qom from the new coronavirus this month, a lawmaker was quoted as saying on Monday, even as the Health Ministry insisted only 12 deaths have been recorded to date in the country.

The new death toll reported by the Qom representative, Ahmad Amiriabadi Farahani, is significantly higher than the latest number of nationwide confirmed cases of infections that Iranian officials had reported just a few hours earlier, which stood at 12 deaths out of 47 cases, according to state TV.

However, he raised the number of confirmed cases from the virus to 61. Some 900 other suspected cases are being tested, he said.

“No one is qualified to discuss this sort of news at all,” Haririchi said, adding that lawmakers have no access to coronavirus statics and could be mixing figures on deaths related to other diseases like the flu with the new virus, which first emerged in China in December.

While the health ministry insists that lawmakers don’t have access to officials statistics, we suspect that a representative of a community would know roughly how many people have succumbed to the virus in his community.

That is not at all far-fetched. The same lawmaker said another 250 have been quarantined in Qoms, which, based on the death toll, sounds like not nearly enough.

And of course, ‘mixing up deaths with the flu’ is an excuse we’ve seen before.

Still, the number of deaths compared to the number of confirmed infections from the virus is higher in Iran than in any other country, including China and South Korea, where the outbreak is far more widespread.

Farahani, the lawmaker from Qom, was quoted in local media saying more than 250 people are quarantined in the city, which is a popular place of religious study for Shiites from across Iran and other countries. He spoke following a session in parliament in Tehran on Monday, and was quoted by ILNA and other semi-official news agencies.

When it comes to disappointing news about the outbreak, Iran isn’t alone. We also saw some more numbers out of South Korea last night: another 231 confirmed cases brings the total to 833.

In other news, the world is still waiting for an update from the WHO team about what’s happening on the ground in Wuhan. They’re late to deliver their briefing, which was supposed to start at 6.

Instead, we bring you this report from the Epoch Times’ Jennifer Zeng, in keeping with Zeng’s recent record of signal-boosting some of the most important stories from on-the-ground in Wuhan.

Now we know why so many extra cops were deployed to #Wuhan. More than 1K local police got infected with #COVID19
【內幕】湖北公安系統逾千人染疫 多地馳援 https://t.co/znPZkyyqhr via @dajiyuan

Meanwhile, Stars and Stripes, the official chronicler of America’s military, published a report about American soldiers at Camp Walker – a base – wearing face masks and gloves and toting thermometers instead of guns.