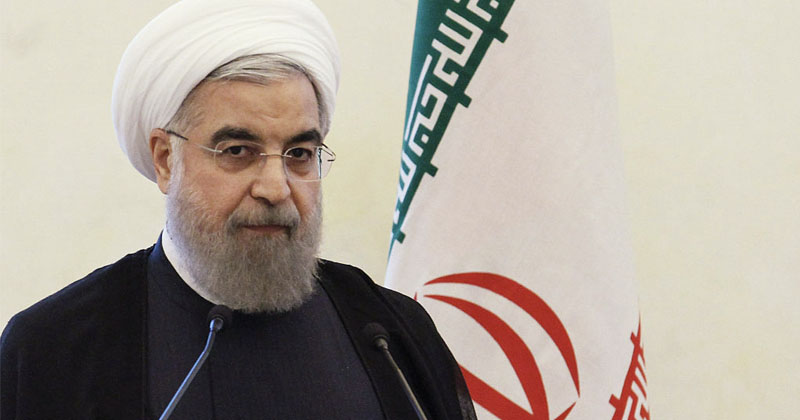 Giving a sharp rebuke to Donald Trump’s threat to make Iran pay for an attack on the US Embassy in Baghdad, Ayatollah Ali Khamenei said tirades like this usually end up nowhere.

On the heels of the Tuesday siege of the US diplomatic mission in Baghdad, President Trump fired off a series of inflammatory tweets, vowing to hold Iran “fully responsible for lives lost, or damage incurred, at any of our facilities.” Shortly thereafter, he took a different tone, saying he doesn’t see a war with Iran coming.

….Iran will be held fully responsible for lives lost, or damage incurred, at any of our facilities. They will pay a very BIG PRICE! This is not a Warning, it is a Threat. Happy New Year!

But the initial escapade didn’t go unnoticed in Tehran, with Ali Khamenei returning the verbal attack by “that guy.” The Supreme Leader stated that “you can’t do anything,” before referring Trump to recent US invasions to the countries bordering Iran.

“If you were logical – which you’re not – you’d see that your crimes in Iraq, Afghanistan… have made nations hate you.”

Khamenei has also taken aim at the US sorties which killed 25 members of Kataib Hezbollah – the Iraqi Shia militia that forms part of pro-Iranian Popular Mobilization Units (PMU) – over the weekend.

“Look at what the US is doing in Iraq and Syria. They’re taking revenge on Hashd al-Sha’bi for defeating ISIS [Islamic State],” he said in a tweet, using an Arabic term for PMU.

Look at what the US is doing in #Iraq & #Syria. They’re taking revenge on Hashd al-Sha’bi for defeating ISIS.
Since #Hashd crippled & destroyed ISIS -which the US had created- they’re taking revenge. The Iranian govt & nation & I strongly condemn the US’s malice.

The strikes, carried out without approval from Iraq, sparked fury among its citizens, with crowds sneaking into the heavily-guarded Green Zone and amassing outside the Embassy this Tuesday. Many were shouting “Death to America” and “Down with USA,” before trying to breach into the compound.

The US Ambassador and senior staff were move to safety, but the Pentagon has swiftly sent 750 troops to Iraq in order to reinforce security in and around the mission.