[…] The new findings, published in the Environmental Contamination and Toxicology bulletin, will bolster claims that US and Nato munitions used in the conflict led to a widespread health crisis in Iraq. They are the latest in a series of studies that have suggested a link between bombardment and a rise in birth defects. Their preliminary findings, in 2010, prompted a World Health Organisation inquiry into the prevalence of birth defects in the area. The WHO’s report, out next month, is widely expected to show an increase in birth defects after the conflict. It has looked at nine “high-risk” areas in Iraq, including Fallujah and Basra. Where high prevalence is found, the WHO is expected to call for additional studies to pinpoint precise causes.

The latest study found that in Fallujah, more than half of all babies surveyed were born with a birth defect between 2007 and 2010. Before the siege, this figure was more like one in 10. Prior to the turn of the millennium, fewer than 2 per cent of babies were born with a defect. More than 45 per cent of all pregnancies surveyed ended in miscarriage in the two years after 2004, up from only 10 per cent before the bombing. Between 2007 and 2010, one in six of all pregnancies ended in miscarriage.

The new research, which looked at the health histories of 56 families in Fallujah, also examined births in Basra, in southern Iraq, attacked by British forces in 2003. Researchers found more than 20 babies out of 1,000 were born with defects in Al Basrah Maternity Hospital in 2003, a number that is 17 times higher than recorded a decade previously. In the past seven years, the number of malformed babies born increased by more than 60 per cent; 37 out of every 1,000 are now born with defects. 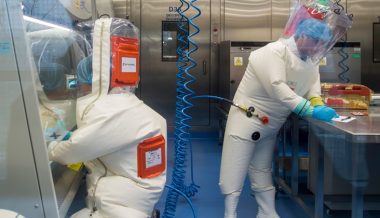