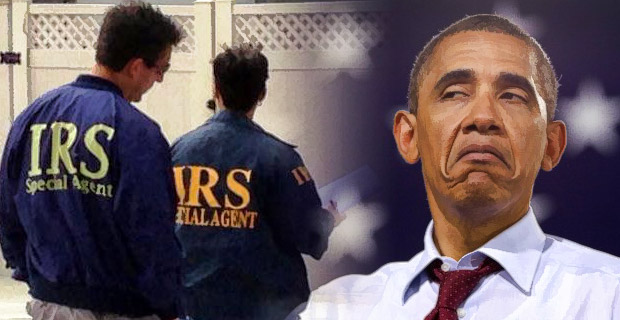 The IRS is fully prepared to go after the American people if they neglect their “shared responsibility” under Obamacare, the government enforced mandate designed to enrich large insurance corporations and degrade the quality of healthcare in America.

Provisions of the unconstitutional and authoritarian law will fleece millions who either cannot or will not buy products from state-sanctioned preferred monopolies.

For Americans unable to afford over-priced healthcare the state will parcel out “hardship exemptions” to avoid government penalties and fines meted out by IRS enforcers. Others will receive “tax exemptions” to nudge them in the direction of universal government enforced semi-healthcare.

If you’re really down and out, you might be eligible for Medicaid. This will, of course, require the middle class to surrender even more of its income at gunpoint to an insatiable redistributive state that will hand it out as its politically appointed apparatchiks deem appropriate.

According to the establishment media, only fanatical libertarians and such worry about this burden. Most Americans, beaten down by decades of taxation and fed an unrelenting and brazen diet of state worship propaganda, are resigned to a new regimen of taxation and government mandates enforced at gunpoint by the IRS and other government agencies.

Because of this resignation and inability to recognize the fact we live in a totalitarian state dressed in the deceptive bunting of democracy, careerist Democrats like Harry Reid are able to stand up and deny reality.

“Despite all that good news, there’s plenty of horror stories being told. All of them are untrue, but they’re being told all over America,” said Reid from the floor of the Senate.

“We heard about the evils of Obamacare, about the lives it’s ruining in Republicans’ stump speeches and in ads paid for by oil magnates, the Koch brothers. But in those tales, turned out to be just that: tales, stories made up from whole cloth, lies distorted by the Republicans to grab headlines or make political advertisements,” said an incensed Reid.

Never mind that there is plenty of evidence Obamacare represents a historical failure that will not live up to its promises – from a disastrous website to the inability of the system to enroll customers.

Democrats are vested in participating in a lurid Orwellian illusion that a mega-sweetheart deal delivered to monopolistic insurance corporations is in fact a godsend to the American people.