Remember something called the War on Poverty? The Great Society? 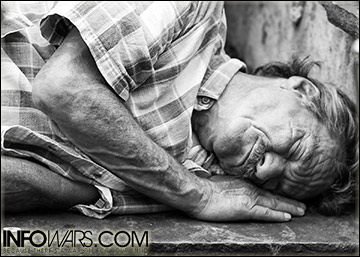 President Lyndon Johnson declared it and announced it in 1965. Since then, the federal government and state governments have poured staggering amounts of dollars into the program.

How many dollars? Does anyone know?

Yet, by 1992 (and to an even greater degree since then), poverty had accelerated in America. Had gotten much, much worse.

So the logical question was and is: where did all that money go?

This question doesn’t call for a general answer; it cries out for a compete and detailed and scathing investigation.

Dollar by dollar, inner city by inner city, program by program, outcome by outcome, for every month and every year since 1965.

How much of that $2.5 trillion never arrived at its destination? How much was utterly wasted, and how? How much was diverted from its assigned objectives, and to whom? And what did these thieves do with it?

Any organization, earmarking $2.5 for trillion (!) a specific purpose, would track it and report on it, and assess its results, in real time. Right?

But of course, when it comes to government…wrong.

Government proves it “cares” by dispensing money. What happens after that is anybody’s guess.

Foreign aid the US federal government sends abroad is a complete nightmare, because tinpot dictators with their hands out are involved, as well as side-bribes, and padded contracts to multinational corporations to do work in those foreign nations.

To now say this should be a criminal investigation headed by the Department of Justice is $2.5 trillion late and 17,520 days short.

Federal officials are interested in only one thing: putting enough layers between themselves and crimes to achieve plausible deniability. After that, they walk away.

But we can take this even further. In order to facilitate the failure of $2.5 trillion to achieve its stated objectives, you aren’t just talking about random diversions and occasional opportunists. Too much money is at stake. No, you have to be talking about preplanned thefts of enormous sums. Organized and coordinated thefts.

And therefore, there has to be a plan to hide the stolen money, to put it somewhere, to deliver it to places without being discovered.

Which is exactly what laundering is all about. Ask any drug cartel chief.

When government officials, asked about poverty in America, simply say, “We have to do more,” they’re not only obfuscating and lying, they’re accessories after the fact. They know. They’re not that stupid. They know enormous sums have been, and are being, carted away into the night.

Every presidential administration since 1965 has been complicit.

Suppose your baby, back in 1965, was suffering from diminished sight. You took him to an opthamologist, who told you, “This is very serious, we’ll have to hospitalize your child for treatment. The government will pay.”

Flash forward to 2013. Your child is now 48 years old. He’s been in the hospital all this time. A doctor now tells you: “We’ve spent $2.5 trillion on your son. He’s completely blind. He’s developed a life-threatening blood disorder and six brain tumors. He can’t stand up. We feed him through a straw.”

Would you suspect something criminal? Or would you blithely accept that the doctors have been doing everything they can to cure his problem?

The unpleasant truth is, most Americans would just say, “Well, they tried, but mistakes were made.”

However, you and I know better.

The Great Society is a money-laundering operation.