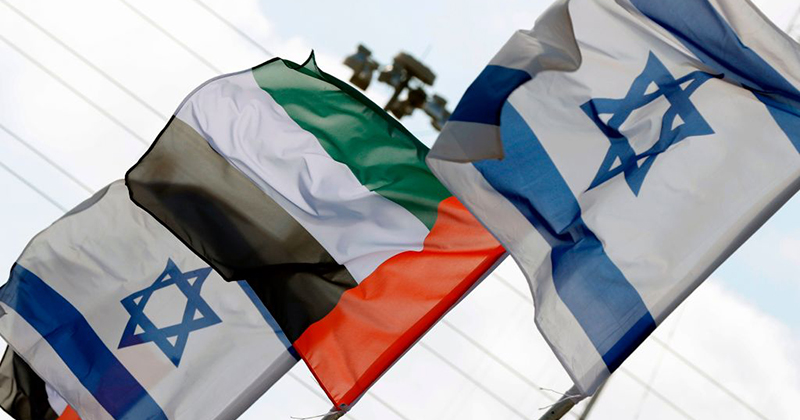 Last week’s surprise announcement of a peace deal between Israel and the United Arab Emirates caught just about everyone by surprise.

I hadn’t heard anything about a potential deal in the works, and the mainstream media in the western world was completely blindsided by the deal.

But this has become Israel’s pattern in recent decades.  The Oslo Accords, Israel’s peace deal with Jordan and other agreements were negotiated under a cloak of total secrecy because officials didn’t want public sentiment to potentially destroy negotiations.

And there could potentially be other “peace deals” in the works right now that we don’t know anything about.

President Trump is touting this as a major diplomatic victory, and he is hoping that it will sway some votes in November.  At this juncture, Trump is trailing badly in most polls and he needs another miracle like we witnessed in 2016.

But it was really Israeli Prime Minister Benjamin Netanyahu that was the driving force behind this deal.  He has been seeking to build relations with the UAE for many, many years, and this deal is the culmination of those efforts.

In order to get this deal, however, Netanyahu had to agree not to annex any land in the West Bank…

The United Arab Emirates has normalised relations with Israel in a historic US-brokered deal that “suspends” Israeli annexation of occupied land sought by the Palestinians for their future state.

The surprise agreement, initially announced by the US president, Donald Trump, makes the UAE the first Gulf country and only the third Arab nation in the world to have active diplomatic ties with Israel, joining Egypt and Jordan.

This is a very odd development, because to many people it seemed like Netanyahu was dead set on annexing portions of Judea and Samaria.

In fact, he specifically promised to do so during the last election.

Could it be possible that all of that rhetoric was just a negotiating ploy?

If Israel had really gone ahead and annexed those lands, it would have killed any international efforts to create a Palestinian state.

But now that annexation is completely dead, the potential for a “peace deal” that would create a Palestinian state is very much alive.

According to the New York Times, the relationship between Israel and the UAE “had been building quietly for years”, and according to a British news source this peace agreement will also open a door for “deals on direct flights, security, telecommunications, energy, tourism and healthcare”…

A joint statement from the US, the UAE and Israel said delegations will meet in the coming weeks to sign deals on direct flights, security, telecommunications, energy, tourism and healthcare.

They are expected soon to exchange ambassadors and embassies and a signing ceremony is due to be held at the White House.

Ultimately, peace in the Middle East is something that we should all want, but at what cost has it been achieved?

It appears that West Bank annexation will never happen now, and we are being told that Netanyahu “traded it away” for a goal that was even more important to him…

In an ironic twist, that plan became the catalyst that finally gave Mr. Netanyahu the opening he had long sought. With pressure building for him to drop the annexation plan, he traded it away for something he wanted even more.

This may help Netanyahu win some moderate votes in the next election, but there are many conservatives in Israel that feel like they have been played and are not happy with Netanyahu right now at all.

Of course Netanyahu is not going to stop with the UAE.  According to Reuters, Bahrain and Oman could also soon normalize relations with Israel…

Bahrain and Oman could be the next Gulf countries to follow the United Arab Emirates in formalising ties with Israel, Israel’s intelligence minister said on Sunday.

In fact, Netanyahu has actually publicly admitted that he has been speaking with the leaders of Oman and “other countries” in the region…

Prime Minister Benjamin Netanyahu told Fox News on Sunday that he has been speaking with leaders from Arab countries in addition to the United Arab Emirates (UAE) following the American-mediated peace deal announced last week between the two countries.

He stated that he spoke with political leaders in Oman and “other countries,” and that the key to such discussions is discretion.

In the end, many believe that all of this diplomacy is all about Iran.

In recent years, Netanyahu has relentlessly been attempting to unite as much of the Middle East as possible against Iran.  The Israelis believe that a conflict with Iran is probably inevitable, and so they would like to isolate the Iranians as much as they can.

Of course many Sunni governments in the region have long been hostile toward the radical Shiite regime in Tehran.  In particular, the Saudis would love to see the Iranian “problem” go away, and so they have a strategic interest in working with Israel toward that goal.

As Israel and the various Sunni governments across the Middle East become increasingly cozy, could this create an environment that will eventually lead to an agreement to create a Palestinian state?

I think that this is a very important question to ask at this point.

Needless to say, most of the rest of the world would greatly rejoice if a peace agreement could be reached that would finally create a Palestinian state, but formally dividing the land of Israel would also set the stage for many of the things that I warn about in my new book.

Many had assumed that a conservative like Netanyahu would never be willing to give up land for an agreement that would guarantee “lasting peace”, but the agreement that he just reached with the UAE may suggest otherwise.

Peace can be a very seductive mistress, and I have a feeling that we are about to see things happen in the Middle East that many thought would never be possible.