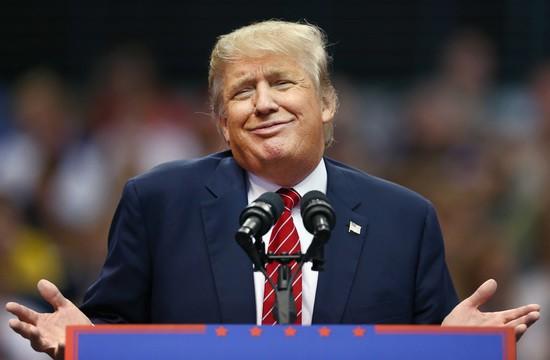 Following President Trump’s upset election in 2016 followed by more than two years of constant ‘Russiagate’ coverage, there now appears to be a “Trump slump” across all forms of media as we wait for what promises to be popcorn-worthy debates between Trump and his Democratic challenger in 2020.

Top news executives have told Axios‘s Sara Fischer and Neal Rothschild that “Trump fatigue is very real,” and that “Interest in political coverage overall is down,” causing newsrooms to redirect their efforts on other beats such as technology and the global economy.”

Democrats don’t appear to be the lifeline media companies are hoping can fill the gap for diminished Trump interest. Executives say they expect this week’s debate ratings to be nothing like the ratings for the 2016 Trump debates.

Part of the problem is that 2020 Democrats don’t have a knock-out media star to drive interest in the election. To date, the Democrats’ biggest media attraction has been Rep. Alexandria Ocasio-Cortez, who isn’t running for president.

Other candidates split the spotlight in the crowded Democratic primary field. –Axios

What do the numbers indicate?

According to traffic analytics company Parse.ly, digital demand for all things Trump dropped 29% between the first six months of Trump’s presidency and the most recent six months. Axois, meanwhile, provides more evidence of the “Trump slump.”

Is this why the MSM has been featuring war hawk ‘analysts’ such as Raytheon board member and former Navy Admiral James Winnefeld?

Attack Helicopter-phobia will not be tolerated by Alex Jones or his crew!

As The American Conservative‘s Barbara Boland pointed out last week, the mainstream press jumped all over President Trump for not bombing Iran in response to the Islamic Republic shooting down a US drone that may or may not have been in Iranian airspace.

Trump bizarrely chickens out of responding to a direct attack from Iran, a piece for Business Insider charged.

The piece approvingly cites Mark Dubowitz, chief executive of the hawkish Foundation of Defense for Democracies, who told The New York Times that Iran had likely mined oil tankers in the region in order “to demonstrate that Trump is a Twitter Tiger.”

Meanwhile, invoking Ronald Reagan, David Adesnik at the National Review ladles all the praise on Trump’s hawkish secretary of state. “Mike Pompeo brought a Reagan-esque flourish to the Trump administration’s foreign policy, demanding nothing short of Iranian surrender. While insisting that President Trump is prepared to negotiate a new deal with Tehran, Pompeo listed no fewer than twelve preconditions for an end to American pressure.”

In the Wall Street Journal Thursday, Reuel Marc Gerecht and Ray Takeyh wrote a piece headlined “America Can Face Down a Fragile Iran.”  –The American Conservative

According to New York-based Fairness & Accuracy In Reporting, the MSM has been painting US escalations against Iran as “defensive countermeasures” – an angle they’ve used for more than a decade.

ABC used the headline (5/24/19) “1,500 More Troops and Defensive Capabilities Headed to Middle East to Deter Iran.” How the US sending soldiers to the doorstep of a country that has not attacked it is “defensive,” or the evidence of the need to “deter” Iran, goes unexplained, an egregious omission when one considers that there is every reason to doubt US claims that Iran is about to attack the US.

A CNBC headline (5/24/19) told readers that the “Pentagon Will Send 1,500 Troops, Along With Drones and Fighter Jets, to the Middle East to Counter Iran Threat.” CNBC presents US officials’ justifications for their military maneuvers as though they were facts:

Currently, the USS Arlington, USS Abraham Lincoln carrier strike group, a Patriot missile defense battery and a US Air Force bomber task force have been sent to the region in order to deter Iranian and proxy threats.

Both the ABC and CNBC articles note that Vice Adm. Michael Gilday, the director of the Joint Chiefs of Staff, blamed Iran for attacks on Saudi Arabia’s oil infrastructure and for a rocket that landed near the US embassy in Baghdad. Neither piece notes that US officials have said they have no evidence that Iran was behind either drone attacks on the pumping stations or the sabotage of four oil tankers, two of which were Saudi, in the Persian Gulf. Nor did either report inform their readers that the US produced no evidence that Iran was responsible for the rocket in Iraq. (Yemeni Houthis, falsely depicted as pawns of Tehran, said they carried out attacks of Saudi oil pumping stations in retaliation for the Saudi/US/UAE/UK/Canadian invasion and immiseration of Yemen.) –Fair.org

Also notable is a survey of opinion journalism released last month by FAIR which found that when it came to violent regime change in Venezuela, there were “no voices in elite corporate media that opposed regime change in that country.” (h/t Mintpress)

The media watchdog’s study, Zero Percent of Elite Commentators Oppose Regime Change in Venezuela, reviewed three months of commentary in the New York Times and the Washington Post, as well as on three major Sunday morning talk shows — ABC’s This Week, CBS’ Face the Nation, and NBC’s Meet the Press — and the PBS NewsHour.

“Over a three-month period (1/15/19 – 4/15/19), zero opinion pieces in the New York Times and the Washington Post took an anti–regime change or pro-Maduro/Chavista position,” the survey’s author, Teddy Ostrow, wrote. “Not a single commentator on the big three Sunday morning talk shows or PBS NewsHour came out against President Nicolás Maduro stepping down from the Venezuelan government.” –MPN

In short, the MSM really needs some fireworks to improve their slumping bottom line – and are happy to report one side of the story in order to help light the fuse.