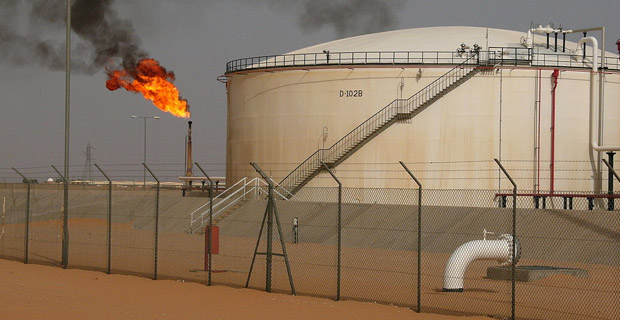 According to the former Prime Minister of Lebanon, Saad Hariri, the United States runs ISIS operations in Iraq out of its embassy in Ankara, Turkey. The plan to carve up Iraq and spark a regional war in the Middle East was masterminded by the Atlantic Council, according to Hariri.

A source close to Hariri said the finishing touches were put on the balkanization plan during a George Soros funded Atlantic Council energy summit held in Istanbul last November.

“We view the current period as a turning point, just like 1918 and 1945. Turkey is in every way a central country, as a creator of regional stability. However much the USA and Turkey can work in unison, that is how effective they will be,” Atlantic Council President Frederick Kempe said during the summit.

Turkey, Saudi Arabia, Qatar, and Kuwait have worked closely with the United States to push the Alawite Shi’a regime of Bashar al-Assad from power in Syria. According to Hariri’s source the Shi’ite regime installed in Baghdad has frustrated the effort to enable to jihadist mercenaries in Syria and stands in the way of the ongoing effort to diminish the power of Iran.

“Had Baghdad been more cooperative about the Syrian oil fields at Deir-Ez-Zor in early 2013 and about autonomy for the North [Iraq’s northern, predominantly Kurdish region] they would possibly not have turned against al-Maliki,” the source said.

ISIS in Syria was scheduled to control Deir-Ez-Zor by August of 2013, but the timeline was sidelined when Britain decided not to support the bombing of Syria. The lack of air strikes allowed the Syrian government to run both ISIS and Jabhat al-Nusra out of Deir-Ez-Zor and relinquish control of the al-Thayem oil field.

The ISIS offensive in Iraq resulted in empowering the Kurdish Regional Government (KRG) and handing over oil installations in the disputed Kirkuk province.

Exxon Mobil, Chevron and Total are negotiating with the KRG to gain access to the oil. In 1998 it was demonstrated that the Kirkuk Field had 10 billion barrels of proven remaining oil reserves. The Kirkuk–Ceyhan Oil Pipeline runs through ISIS held territory to Ceyhan, Turkey.

“ISIS… was supposed to control [the region around] Deir Ez-Zor. [Turkish Energy Minister Taner] Yildiz and [Kurdish] Energy Minister Ashti] Hawrami were to make sure the oil could flow via the Kirkuk – Ceyhan [pipeline]… Ankara put al-Maliki under a lot of pressure about the Kurdish autonomy and oil, too much pressure, too early, if you’d ask me,” the source reportedly said.

The fierce battle between ISIS and the Iraq government at the Baiji plant, the largest oil refinery in Iraq producing 300,000 barrels of oil per day, emphasizes one of the primary objectives of the ISIS offensive.

In addition to establishing a medieval caliphate and imposing an austere version of Sharia law, ISIS is moving to secure oil resources in both Syria and Iraq. Balakanization of the region and control of assets by fanatical Muslims will allow transnational oil corporations to cut lucrative deals smiliar to the arrangements they are currently negotiating with the Kurds.

This sort of behavior represents business as usual for the global elite. It is reminiscent of the attitude prevailing after the CIA and Pakistani intelligence installed the Taliban in Afghanistan. Recall the ebullience of the U.S. State Department after the Taliban captured Kabul and took power in the mid-1990s.

State Department spokesperson Glyn Davies said that he saw “nothing objectionable” in the Taliban’s plans to impose strict Islamic law, and Senator Hank Brown, chair of the Senate Foreign Relations Subcommittee on the Near East and South Asia, welcomed the new regime: “The good part of what has happened is that one of the factions at last seems capable of developing a new government in Afghanistan.” “The Taliban will probably develop like the Saudis. There will be Aramco [the consortium of oil companies that controlled Saudi oil], pipelines, an emir, no parliament and lots of Sharia law. We can live with that,” said another U.S. diplomat in 1997.

Likewise, the elite will deal with ISIS and covertly support endless sectarian and religious strife and violence in the resource rich Middle East. The Atlantic Council and its partners approve and are pushing for endless conflict between Sunnis and Shi’as because this will serve to erode the influence of Shia Iran.

Like Iraq under Saddam Hussein, a relatively powerful and influential Iran will not be tolerated and must be rolled back at all cost, no matter if that cost will be a staggering loss of human life.

The Atlantic Council is a preeminent and influential insider think tank based in Washington, DC. “The Atlantic Council of the United States was established in 1961 by former Secretaries of State Dean Acheson and Christian Herter to bolster support for NATO,” writes Rick Rozoff.

It is associated with the CFR, the American Enterprise Institute, the RAND Corporation, the Aspen Institute, and the Carnegie Endowment. It receives money from the Ford Foundation, in other words the CIA, and George Soros’ Open Society.