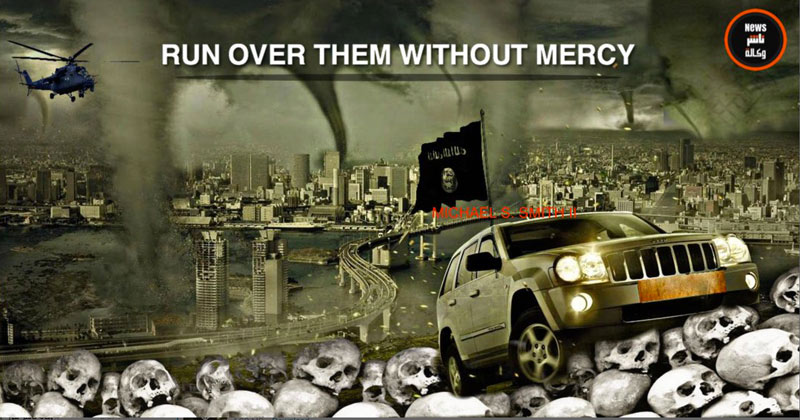 An Islamic State-linked media group began distributing images this week calling for knife and vehicle attacks within the United States.

Nashir News Agency, which issued the call to violence Thursday, spread the content throughout numerous channels in the messaging app Telegram.

Islamic State-linked Nashir News Telegram channels have distributed posters calling for attacks in the US using cars and knives pic.twitter.com/VkswicHkkk

According to terrorism analyst Michael S. Smith II, who posted to Twitter screenshots of the images – which call on IS-sympathizers to “reply the call and stab them” as well as “run over them without mercy” – Nashir’s latest propaganda push is part of continued calls for attack dating back to late 2014.

“This material is simply amplifying calls for attack in the West dating back to September 2014, when then Islamic State spokesman Abu Mohamed al-Adnani called for attacks in Europe and the US, identifying, among other things, cars and knives as ideal weapons for attacks targeting police officers and civilians,” Smith says. 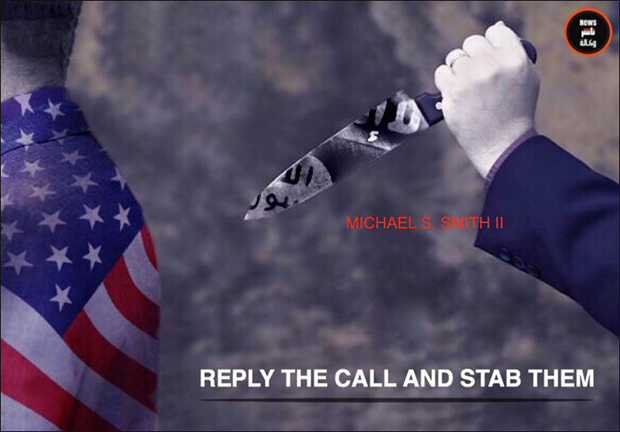 The images come amid a larger campaign encouraging the pursuit of “martyrdom” in which Nashir describes such adherents as the “most feared of the enemies of Islam”.

“However, during recent months, there has been an increase in the distribution of Nashir-produced materials thereon.”

Smith notes that while Nashir has clear links to the Islamic State, the news group “was not acknowledged as playing an official role in Islamic State’s propaganda program” in a July 2016 video from the terrorist group detailing its structure.

Nashir has made numerous calls for violence during the Muslim holy month of Ramadan. The media group released statements calling on supporters to “kill the civilians of the crusaders” and to specifically target numerous western countries including France during June.