The overriding agenda of ISIS or the Islamic State is not to proselytize or establish a sharia state.

It is designed to enflame the West and push the neocon version of the clash of civilizations.

IS in #Libya (Province of Tripoli) claims the abduction of 21 Copts. #Egypt pic.twitter.com/KFaUtqUs9w

The end game is a war between Christians and Muslims that will allow the global elite to reorder the Middle East and resource-rich Africa. It will also usher in decades of war profitable to core industries, including the so-called security sector now building a police state surveillance grid in the West and the military industrial complex.

The ISIS and radical jihadi meme continually introduces new horrors and outrages to be consumed.

For instance, on the heels of the brazen attack on the offices of Charlie Hebdo in Paris, a story about the kidnapping and and the eventual execution of over 20 Copt Christians has surfaced.

From The Telegraph today:

On January 3rd, Christian activists in Egypt had reported thirteen of their countrymen kidnapped in the Libyan town of Sirte, and that seven others had been kidnapped a week earlier.

In late December, an Egyptian Coptic couple and their daughter were found dead in the town, well-known before the 2011 civil war which led to the current fragmentation of the country as the birthplace and stronghold of Muammar Gaddafi, the long-time dictator.

It is now in the hands of Islamist militias including Ansar al-Sharia, which the UN added to its terror list last month over links to al-Qaida and for running Islamic State of Iraq and the Levant training camps.

Recall the US and NATO celebrating the overthrow of Gaddafi and speculating on the wonderful democracy that would blossom in Libya after the brutal murder of the Libyan leader.

In fact, the global elite knew from the beginning Libya would degenerate into a balkanized wasteland where competing jihadist factions would slug it out for dominance over the oil-rich north African country.

“The head of Libya’s UN-recognized government has pleaded for more help from the international community, warning that the country could become a dangerous haven for jihadists on Europe’s doorstep,” The Telegraph reports.

This prospect and the likelihood ISIS-affiliated terrorists will make a big theatrical production out of slaughtering and beheading its Christian victims will add more fuel to anti-Islam sentiment growing in Europe, not only among “right-wing” anti-immigration groups, but much of the population as a whole.

In the coming weeks there will be a crescendo of urgent public sentiment, more than likely following yet another sensational Charlie Hebdo-like event or something far more horrendous.

This will lead to a consensus for war or, at minimum, a more serious intervention in the Middle East, particularly in Yemen which straddles the world’s oil transit chokepoint. 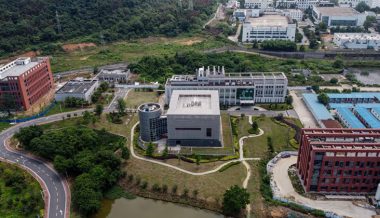