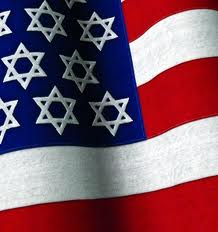 America’s frenzy over “diabolic” Iran has its roots not on the Potomac riverside, but rather on the banks of Tel Aviv’s Yarkon River: appeasing the US Jewish community has become an inevitable idiosyncrasy of the US presidential campaign.

When America beats the drums of war over Iran, it may not always be driven by the Islamic state’s alleged nuclear intentions.

Would-be US presidential candidates aren’t shy when it comes to voicing their anti-Iran rhetoric in front of America’s influential Jewish community.

And America almost never misses an opportunity to praise its best ally.

“Our iron-clad commitment, and I mean iron-clad, to Israel’s security has meant the closest military cooperation between our two countries, in history,” announced US President Barack Obama from a rostrum in Washington.

And the American President did not forget to point a proverbial punch at Israel’s greatest adversary.

“Let there be no doubt: America is determined to prevent Iran from getting a nuclear weapon, and I will take no options off the table to achieve that goal,” Barack Obama insisted.

However, for many American Jews and Israeli supporters, Obama’s war of words against Tehran doesn’t go far enough.

The President of the Zionist Organization of America Morton A. Klein shared with RT that “It’s not enough to simply state you’re committed to Israel’s security. You have to promote policies that show that you’re serious about the security of Israel.”

“Israel, through his actions, feels that Obama is not committed to doing everything in his power to stop Iran from having nuclear weapons. Iran is an existential threat to Israel, and Obama should be saying so publicly, that he will support Israel in any military action necessary,” laid down Klein.

Klein says an unprecedented number of American Jews and Israelis share his animosity, a feeling arguably underscored by the Israeli government. According to published reports, Tel Aviv would only give Washington 12-hours’ notice if deciding to strike Iran.

“I believe his [Barack Obama’s] policies are among the most hostile Israel has ever experienced out of any [American] president in my lifetime,” Morton A. Klein confessed.

Recently, it was the life of President Obama itself being threatened in a column written by the owner of the Atlanta Jewish Times.

In an article titled ‘What would you do?’ the newspaper’s publisher Andrew Adler listed the assassination of President Obama as one way to ensure Israel’s security.

“Give the go-ahead for US-based Mossad agents to take out a president deemed unfriendly to Israel in order for the current vice president to take his place, and forcefully dictate that the United States’ policy includes helping the Jewish state obliterate its enemies,” he writes.

Mark Glenn, journalist of Theuglytruth.com shared with RT: “I think the threat made to Obama, either play along with us, or we are going to kill you politically or literally, I think that it is a serious threat we have to take seriously.”

“The American president depends on money in order to get re-elected along with all other members of Congress and AIPAC [The American Israel Public Affairs Committee] is the largest lobbying group in the United States. It is the king maker and the king breaker,” Glenn concludes.

The American Israel Public Affairs Committee declined RT’s request for an interview. In the meantime, Obama finds himself facing another election and a slew of Republican opponents banging war drums against Iran – much louder than he does.

“With regards to Iran, which perhaps represents the greatest existential threat to Israel, we have to make it abundantly clear, it is unacceptable for Iran to become a nuclear nation,” proclaims Republican presidential candidate Mitt Romney.

“When Rick Santorum is president, Iran will not get a nuclear weapon because the world as we know it will be no more,” promises another Republican candidate, Rick Santorum.

The third Republican presidential aspirant, Newt Gingrich, said to CNN “I am a clear ally of Israel. I am very close to [Israeli President Benjamin] Netanyahu. I’ve said publicly, I would rather plan a joint operation conventionally, than push the Israelis to a point where they go nuclear.”

At a time when the US bears the burden of a broken economy, growing social unrest and ongoing military conflicts, many experts insist starting a war with Iran would not be in America’s best interest. But in order to keep a best friend, many believe President Obama will be forced to put Israel’s national security first.