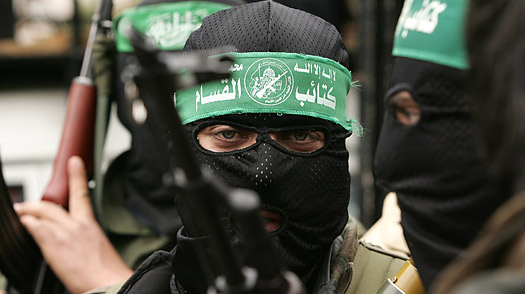 Another typical Israeli propaganda stunt to incite fear and perhaps use as pretext for conflict.

Here we go again. We’ve seen it before strategically timed. Weigh all Israeli claims skeptically. On its face, this one lacks credibility.

Why provide greater cause while trying to defuse crisis conditions, cooperate with Arab League observers, enlist outside support, and offer opposition elements places in a broad-based government along the lines of a national unity one.

At the same time, Hamas and Fatah plan May elections for unity governance. They both want conflict resolution, not confrontations.

“Israeli security forces have recently discovered an Islamic Jihad terror cell which was planning attacks against Israeli soldiers,” according to defense officials.

According to Shin Bet (Israel’s security service), attacks on IDF soldiers and settlements were planned. In addition, abducting Israelis were involved. Suspects were charged with membership in an illegal organization, transferring funds from abroad, contact with foreign agents, illegal weapons possession, and conspiracy to trade arms and military equipment.

Last September, Israel claimed foiling other multiple terror attacks. At the time, dozens of “Hamas militants” were arrested. An explosive belt smuggled into Jerusalem was allegedly seized 24 hours before the planned attack, according to Israeli officials.

They claimed foiling it was part of a large-scale Shin Bet/IDF/police operation against Hamas’ West Bank/East Jerusalem “military infrastructure.”

Israel said 13 terror cells were involved, the main one in Hebron. Allegedly they planned West Bank/Jerusalem attacks. They kept contact “with Hamas headquarters in Syria, and the date of the attack was set for August 21.”

Another plot supposedly involved a “suicide bomber” armed with a fire extinguisher containing six kilograms of  explosives. The same cell was blamed for a March Jerusalem bus station attack.