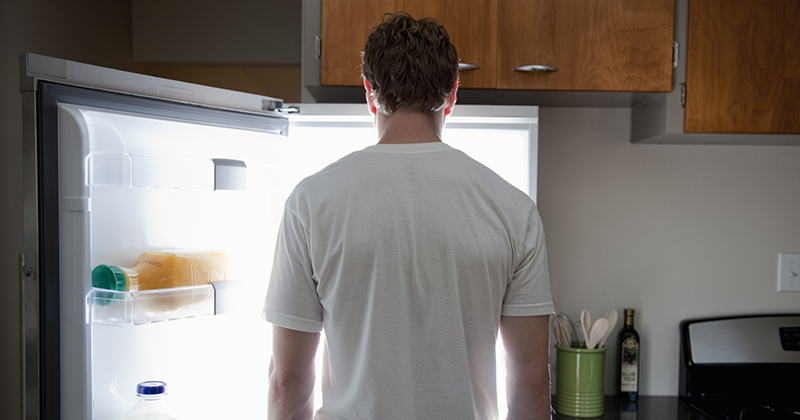 Has there ever been a time in your life when you haven’t had enough food to make it through the week?

If you have never experienced this, you are extremely fortunate.

Because of all the crazy things that have happened so far in 2020, large numbers of people have been forced into dramatic lifestyle changes.

Deanna Lorraine points out the continued push to add more suveillance drones in cities, enact stronger contract tracing rules and technology, and all of this is to find the citizens who refuse to live through the unconstitutional mask mandates throughout the nation forcing our citizens to wear mask and close their businesses and force yourself into poverty.

Many Americans have deeply cut their food budgets due to a lack of income, others are now only eating one or two meals a day, and we are seeing more demand at food banks around the country than we ever have before.

It is quite obvious that massive numbers of people are really hurting, and Bloomberg is reporting that it is being projected that the number of Americans that are “fighting hunger” will rise to “more than 50 million” by the end of this calendar year…

The ranks of Americans fighting hunger are projected to swell some 45% this year to more than 50 million.

To me, that is an absolutely staggering figure.

Right now, the U.S. has a total population of about 328 million people, and so that figure that Bloomberg quoted represents a sizable chunk of the country.

And we certainly don’t have to wait until the end of the year for the numbers to get really, really bad.  In fact, it is being reported that one recent survey found that approximately one-tenth of all U.S. households “haven’t had enough food in a given week”…

During the pandemic, about a 10th of American households reported they haven’t had enough food in a given week. That’s a shocking figure for the world’s richest country. It’s more than double pre-Covid figures and the highest since comparable government data starts in 1995.

I feel especially bad for the children that are going hungry.

Can you imagine how bad parents must feel when their children tell them that they are hungry and the parents have nothing to provide?

And this is just the beginning.  Food prices are going to continue skyrocketing over the coming year, and that is just going to stretch family budgets even more.

A few days ago, I strongly urged my readers to stockpile food for the chaotic times that are ahead.  Food prices are only going to go higher, and economic conditions are going to continue to deteriorate.

In fact, some more major job cuts were just announced.  For example, Ford just announced that it will be eliminating “1,400 white collar jobs”…

Ford is looking to cut 1,400 white collar jobs in a cost-savings move.

The automaker sent out letters to employees Wednesday saying that salaried staff eligible for retirement would be getting early retirement offers next week. Those who take the offer by October 23 would be leaving the company by the end of the year.

And United Airlines just announced that they will be furloughing more than 16,000 workers…

With no air travel rebound or new federal help in sight, United Airlines says it will furlough about 20% of its frontline employees in less than a month’s time.

In a new memo to its employees, United (UAL) says that 16,370 employees will be furloughed when payroll restrictions attached to a federal bailout expire October 1.

Because most Americans live paycheck to paycheck, a job loss can plunge a family into dire straits very rapidly.  All over the U.S., we are seeing long lines of people driving very nice vehicles waiting for up to six hours to get food at local food banks.

Over the past 23 weeks, more than 58 million Americans have filed initial claims for unemployment benefits, and many of them have “suddenly” found themselves in need of food.  For a lot of them, it is the first time something like this has ever happened to them.

And so many people that I talk to believe that what we have experienced so far is just the tip of the iceberg and that much worse is coming.  There is such a sense of urgency in the air, and gun sales just keep setting record after record.  In fact, we just learned that gun sales during the month of August were 57 percent higher than last year…

The Washington Free Beacon reported Tuesday that the U.S. saw more gun sales in August 2020 than any other August since the FBI has been logging data on the subject. According to the outlet’s analysis of FBI background check data, there were at least 1.6 million firearm purchases during the past month, a 57% increase compared to August of last year.

Other Americans are responding to our current circumstances by wallowing in depression and despair.  According to the Daily Mail, the number of Americans reporting symptoms of depression has “tripled over the last eight months”…

Researchers found that the percentage of US adults reporting mild, moderate or severe symptoms tripled over the last eight months.

And as things get even worse, a ton of people out there simply are not going to be able to handle what is happening.

That is why I really wanted my new book to be a book of hope.  Yes, we are entering a chapter of history that is going to be far more horrible than most people would dare to imagine.  But I believe that there is hope in understanding what is happening, there is hope in getting prepared, and there is hope in trusting that God has everything in His hands.

So many people out there still have so much faith in the system, but when things really get crazy the government is not going to be delivering big baskets of food to your door for you and your family.

Tonight, millions upon millions of American families do not have enough food to eat, and more jobs are being lost with each passing day.

You might think that your job is safe, and hopefully that is true, but millions of others also thought their jobs were secure right before they were let go.

Recently, I have had a lot of people ask me about gold and silver, and I have always thought very highly of precious metals.

But you can’t eat gold or silver.  Before you ever focus on precious metals, make sure that you have enough food stored up for yourself, your family, your friends and your neighbors, because having enough food is going to be absolutely critical during the times that we are moving into.