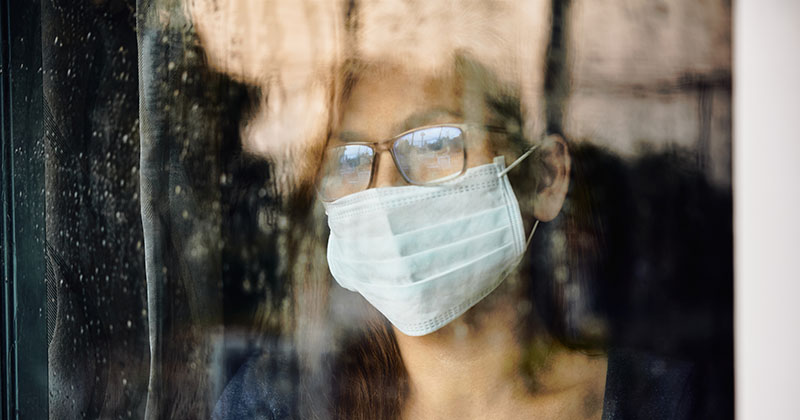 Most atrocities in human history have all been committed by individuals and agents of government who were “just following orders” or “just obeying the law.”

The virus didn’t give any orders. It was the people who obeyed the commands of tyrants that crashed the economy and ruined the livelihoods of others.

Instead of asking questions or using critical thinking skills to ask if something is right before doing it, they simply obey perceived “authority”.  The truth is, this lockdown is the fault of everyone who complied and everyone who used forced to exact revenge on those who disobeyed.  It was the same in all tyrannical takeovers in history.

Alex Jones breaks down the tactics at play when Trump declares he will mobilize the military to implement mass innoculation.

The mainstream media keeps blaming the economic devastation on the coronavirus, but it wasn’t the fault of a virus.  It was the fault of the government and the slave mentality of the police and the public willingly obeying their commands.

Mainstream media outlets are still trying desperately to spin the narrative and fault the “invisible enemy” for the very real toll on human life the government’s overreaction has already caused.  This is nothing more than propaganda, and once you pick it up, you’ll be able to see it.  The media doesn’t want you to put the blame where it belongs and figure things out for yourself, so they hide behind deception headlines that will keep you in fear of COVID-19 as long as possible.

This is all a part of the larger plan to keep the public panicked about a virus and looking the other way when the tyrannical boots of the state come down on them.  We know this is what the media does, and we know they are doing it to keep the ruling class in power and the public panicked and in a constant state of fear so they will comply with any and all enslavement measures.

Larken Rose, the author of Most Dangerous Superstition, lays out just how horrifyingly devastating it is for humans to remain unevolved to the point that they will not say “no” to an immoral command. The primary threat to freedom and justice is not greed, or hatred, or any of the other emotions or human flaws usually blamed for such things. Instead, it is one ubiquitous superstition that infects the minds of people of all races, religions, and nationalities, which deceives decent, well-intentioned people into supporting and advocating violence and oppression. Even without making human beings one bit more wise or virtuous, removing that one superstition would remove the vast majority of injustice and suffering from the world.

Instead of just blindly obeying the commands, think about it and ask if what you are doing is right. Do you have the moral right to take the rights of others? Applying even the most minimal amount of critical thinking to something can usually get people to what is right.  But you have to do be willing to take a look at yourself, and correct your mistakes yourself, and take responsibility for your own actions. Which is exactly why most Americans won’t.  Blaming a virus and blindly obeying the ruling class and it’s foot soldiers is much easier than critical thinking.