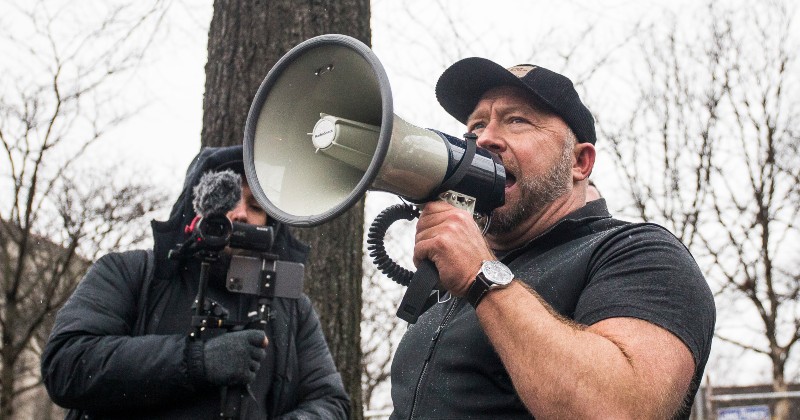 Infowars founder Alex Jones says his viral “eat my neighbors” rant was taken out of context by the media, insisting it’s a reference to satirist Jonathan Swift and a way to bring attention to what he calls “population control.”

Through his son Rex’s Twitter account, Jones said on Saturday that his viral rant was an homage of sorts to the 1729 essay ‘A Modest Proposal’ by Swift in which the author recommends the poor use their children as food to sell to the rich to help with their economic burdens.

I asked my dad #AlexJones about the #AlexJonesWillEatYourAss hashtag. Here’s what he said. pic.twitter.com/VyMynuyWs2

Not many would likely compare Jones to Swift, Irish writer and cleric, on any normal occassion, but the Infowars founder insists his “obscene” rant — which caused plenty of shock and outrage on both sides of the political aisle — about chopping up his neighbors and globalists for food to feed his children when society collapses was “Swift-style” satire.

“It’s pure satire to get people’s attention,” Jones said, “but the media will not actually let me get out the full statement there.”

The video that went viral on Friday was a one-minute clip of a 10 minute segment where Jones did admit later that he was “joking” about turning to cannibalization.

Notably, Swift’s essay is largely about class and the poor being used as commodities in society with little regard for their lives, and not about a viral pandemic.

But Jones insists that the Covid-19 lockdown will cause more deaths than the actual virus by wiping out the “third world” and causing millions of poor people to starve to death.

Alex Jones responds while trending #1 on Twitter about eating his neighbors.