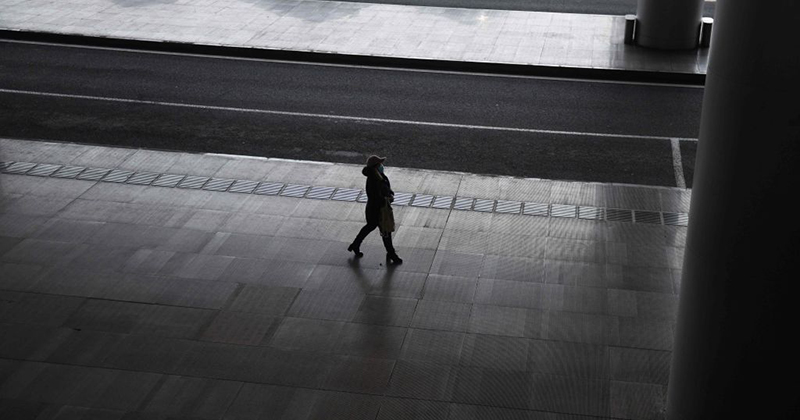 We haven’t seen anything cause this much worldwide fear in a really long time.

But even though there is so much fear, we still don’t know if this is going to evolve into the next great global pandemic that kills millions of people or not.

I wish that I had a definitive answer for you.

At this point we do know that the number of confirmed cases outside of China continues to rise at a very alarming rate, and we also know that this virus is about 34 times more deadly than the flu according to the latest numbers.

But in order for it to kill millions of people, a substantial percentage of the global population would have to be infected, and we don’t know if that is actually going to happen.

But in major cities around the globe where there has been an eruption of COVID-19 cases, we are seeing severe disruptions in normal activity.

Mike Adams guest hosts The Alex Jones Show to bring the latest updates on the coronavirus pandemic and give tips on how to combat being infected.

For example, now that several coronavirus deaths have been reported in the area, the lack of tourists has turned downtown Seattle into “a ghost town”…

In Seattle, bracing for the coronavirus also means preparing for what could be a devastating economic impact. Business owners and residents have already seen a drop-off in tourists in areas of the city that heavily depend on foot traffic.

“It’s like a ghost town,” Francisco said about the famous Pike Place Market where she has her shop.

If you have ever been to Pike Place Market, then you know that it is normally bustling with activity.

But now virtually everyone wants to stay away, and you can’t exactly blame them.  With this virus on the loose, I wouldn’t want to venture down there either.

Seattle Mayor Jenny Durkan has already declared a state of emergency, and this will give her the power to cancel a wide range of public events…

As the death toll climbed Tuesday, Seattle Mayor Jenny Durkan, a Democrat, proclaimed a civil emergency. The declaration allows her to bypass regulations to increase city spending, contracting and borrowing to address the growing public health threat. It will also allow her office to close facilities and cancel events to prevent the virus from spreading further.

On the other side of the globe, the streets of Seoul are virtually empty right now…

The streets of Seoul, the South Korean capital, stood nearly empty this week. Those who do venture out wear masks. The normally busy subways have few passengers and riders make sure to sit far away from one another. Many residents are relying on grocery and restaurant delivery apps.

Normally it is one of the busiest cities on the entire planet, but due to the fear that more than 5,700 confirmed cases in South Korea has caused, it has also become something of “a ghost town”.

Speaking of busy cities, Beijing’s 21 million residents continue to wait for life to return to normal.

Most people are staying home as much as possible, and those that do venture out risk having their temperatures scanned “at regular checkpoints”…

Many shops are still closed in Beijing, and residents’ temperatures are scanned at regular checkpoints, as well as inside each store. On streets that are normally so crowded that people are forced to brush shoulders, those who are out keep a good distance from one another.

Could you imagine the uproar that would ensue if similar “checkpoints” were set up here in the United States?

Let us hope that we never get to that point.

In Milan, things are eerily quiet right now.  In fact, nobody has seen the city this quiet in the entire modern history of Italy…

In Milan, Italy’s business capital and the center of the country’s outbreak, restaurants, bars and train stations are much less crowded than normal. The usually teeming Piazza del Duomo, home to the city’s cathedral and lined with shops and bars, was almost empty at points Monday.

Italian authorities are absolutely desperate to get this outbreak under control, and so they are implementing pretty extreme measures.

Incredibly, that even includes banning fans from all sporting events until April 3rd…

The Italian government have taken drastic measures to help prevent the outbreak of coronavirus by closing all sport events to fans throughout the entire country until April 3. Italy has been the worst-hit European country from the coronavirus, with 107 deaths so far.

It is nice that they have set a deadline, but what are they going to do if we get to April 3rd and this outbreak has gotten even worse?

Could it be possible that Italian fans will not be able to attend sporting events for the foreseeable future?

Our lives could be about to change in ways that we couldn’t even imagine just a few weeks ago.

In the UK, residents are being warned that they may soon have to “put their lives on hold for three months”…

Britons could be forced to put their lives on hold for three months under a ‘battle plan’ to combat Coronavirus amid warnings today that the deadly disease could incapacitate a fifth of the UK’s workforce.

Boris Johnson today set out the Government’s blueprint to deal with a mass outbreak of the bug that includes a raft of socially and economically costly contingency moves as a last resort.

Could you put your life on hold for three months?

Of course most major pandemics last longer than just three months.  In fact, the Spanish Flu pandemic lasted for three years and it killed tens of millions of people.

Hopefully this outbreak will not be anything like that.

But without a doubt, this is a truly horrible virus.  The following is an excerpt from the account of a 25-year-old British man that actually caught COVID-19…

Day 12: I’ve had a relapse. Just as I thought the flu was getting better, it has come back with a vengeance. My breathing is laboured. Just getting up and going to the bathroom leaves me panting and exhausted. I’m sweating, burning up, dizzy and shivering. The television is on but I can’t make sense of it. This is a nightmare.

By the afternoon, I feel like I am suffocating. I have never been this ill in my life. I can’t take more than sips of air and, when I breathe out, my lungs sound like a paper bag being crumpled up. This isn’t right. I need to see a doctor. But if I call the emergency services, I’ll have to pay for the ambulance call-out myself. That’s going to cost a fortune. I’m ill, but I don’t think I’m dying — am I?

Coming into this year, I warned about what was ahead, but I definitely did not anticipate that we could potentially be facing a full-blown global pandemic by early March.

COVID-19 could change everything.  I know that many are attempting to downplay the severity of this virus, and that is a huge mistake.

For the foreseeable future, the entire globe is going to be gripped by fear of this virus, and that has very serious implications for all of us.