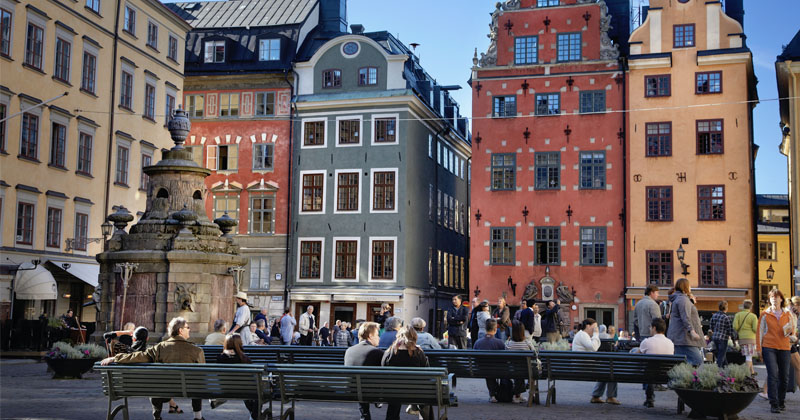 When the history books are written about 2020 and the great coronavirus pandemic, Anders Tegnell, the humble Swedish state epidemiologist and architect of the global-consensus-defying ‘Sweden strategy’, will inevitably loom large throughout the text. But whether he is portrayed as a hero or villain may – like so many things in this highly polarized era – ultimately depend on who’s writing the piece.

As the FT explained in its latest in a series of interviews with Tegnell, the American press – thanks in large part to its newfound fanatical devotion to the cause of “science” – including the NYT, has been particularly hard on Tegnell. The Gray Lady has called Sweden a “pariah state” and “the world’s cautionary tale.”

European papers have been somewhat more forgiving. That’s perhaps because the lockdowns imposed across Europe were far more restrictive than what most, outside NYC, experienced in the US. And despite all that work, new daily cases are back to seeing record highs in France, and post-lockdown highs in Spain, while cases climb in Italy, the UK, Germany and across Central Europe into Ukraine.

But sure enough, there’s one European nation where cases haven’t been showing a “second wave”: Sweden.

Instead, cases have continued to fall well into September.

There’s no denying that Sweden suffered a large tally of preventable deaths in nursing homes and other long-term care facilities early on the in the pandemic. But as more time has passed, Sweden’s outsize death toll is looking more and more reasonable, particularly compared to the UK and Spain and France.

But even when compared to its well-managed Nordic neighbors, Sweden’s numbers are starting to turn.

Here’s another view of the respective COVID-19 case data.

The data could offer some insight into why one Swedish CEO told an FT reporter in hushed tones that he would love to tag along on a meeting to meet Tegnell, who had reportedly been planning to spend 2020 helping Somalia set up a public health agency and sending out surveys to Swedes before COVID hit.

For many Swedes, their state epidemiologist has embodied a rational approach as other countries have appeared to sacrifice science to emotion. “I wish I were coming with you to see him,” one of Sweden’s leading chief executives confided to me just before I went to see Tegnell. “The way he has stood for what he believes in while the rest of the world does something else is admirable.”

It’s worth adding that Tegnell’s critics in Sweden, even amid all the furor about the “public opinion polls” that were so widely touted by English-language media outets – polls that of course purportedly reflected growing discontent with Tegnell’s and the government’s approach.

But the situation in Sweden has changed rapidly. And although Tegnell has been careful to repudiate the notion that Sweden “went herd”, as President Trump might say, there’s little doubt that despite all the setbacks – including the wave of international condemnation that followed the publication of Sweden’s Q2 GDP figures – the ruling party and Tegnell are much more widely respected inside Sweden than elsewhere in Europe.

For some local experts, Tegnell’s standing alone as the world locked down inspires none of the CEO’s veneration. “Tegnell is known for his stubbornness. You wonder what this would have looked like with a different person in charge,” says a Swedish epidemiologist who has been a critic of Tegnell’s. International media have been harsher still: The New York Times has called Sweden a “pariah state” and “the world’s cautionary tale”.

In his latest interview with the FT, Tegnell shares his predictions for Sweden, which sound markedly different from Dr. Fauci’s comments about the future of the US outbreak yesterday.

But if there’s one takeaway from the FT piece that we find particularly interesting, it’s the degree of trust that the Swedish people placed in Tegnell.

Today, the architect of Sweden’s lighter-touch approach says the country will have “a low level of spread” with occasional local outbreaks.

“What it will be in other countries, I think that is going to be more critical. They are likely to be more vulnerable to these kind of spikes.

Those kind of things will most likely be bigger when you don’t have a level of immunity that can sort of put the brake on it,” he adds. Herd immunity is one of the most controversial concepts of the Covid-19 crisis. Tegnell is adamant that it was not Sweden’s goal to allow the virus to run its course until enough of the population had been exposed and the infection rate slowed. But he argues immunity is at least in part responsible for the sharp recent drop in Swedish cases and questions how its neighbors will fare without it.

“What is protecting Copenhagen today? We will see,” he adds. Sweden’s approach to the pandemic is unusual in large part because its governance is unusual. Unlike in pretty much every other country, it is not politicians who take the big decisions but Sweden’s public health agency, due to its constitution giving big powers to independent authorities. In practice, this means Tegnell. “This whole approach is Tegnell’s. The government has accepted it without questions,” says the critical epidemiologist.

Asked by the FT about his distaste for lockdowns, and his decision to stand strong against the crowd, even in the face of sometimes incredible vitriol, Tegnell shrugged his head, and noted the backing of all the rest of the 500 or so staff at Sweden’s public health agency.

That makes his ability to stand alone as the rest of the world locked down seem all the more remarkable. I ask him about it, suggesting it must be easier just to go with the flow. “Yes, of course it is. But I am not alone,” he says, dutifully listing the backing of the 500 staff in the public health agency as well as Sweden’s government and population. The only other country not to lock down in Europe was authoritarian Belarus, I say. He erupts in a burst of nervous laughter: “That’s no comparison.” He looks awkward as I mention strong support for Sweden’s strategy from some US libertarians and UK supporters of a hard Brexit. “Odd bedfellows,” is his sole comment. His dislike of national lockdowns is obvious. “It’s really using a hammer to kill a fly,” he insists. Instead, his approach has been about having a strategy that can work for years if needs be, rather than the constant chopping and changing seen in the rest of Europe. “We don’t see it as viable to have this kind of drastic closing down, opening and closing. You can’t open and close schools. That is going to be a disaster. And you probably can’t open and close restaurants and stuff like that either too many times. Once or twice, yes, but then people will get very tired and businesses will probably suffer more than if you close them down completely,” he says.

Many Americans have also been guilty of criticizing Sweden without first appreciating how radical its program truly was. Throughout the pandemic, youth sports never even stopped. Now, the return of sports is suddenly becoming a major issue in the US.

Sweden’s approach was predicated on trying to keep its healthcare system working but also looking at public health in the broadest sense, rather than narrowly trying to minimise Covid-19 deaths. So children’s sports carried on, as did primary school lessons, yoga sessions, drinking and eating out with friends, and shopping. This trip is my first time in Stockholm for six months — I am based in Oslo and had been to Sweden once during the pandemic, to Gothenburg in June — and I soon settle into my usual rhythm. I go record shopping at several of my favourite spots, picking up several bargains, have coffee with a contact nearby, and take the metro to meetings and my hotel. Throughout, I barely see a single person with a mask.

But would aliens landing in Sweden really not realize that there’s a pandemic going on? Tegnell doubts this. And with good reason.

I suggest to Tegnell that an alien landing in Sweden would have difficulty knowing there is a pandemic whereas in England or France, with face masks prevalent, they would realise immediately. He argues that while that might be true on the surface, especially with masks — which Sweden is one of the few countries not to recommend wearing in public — the differences elsewhere are exaggerated. Swedes have stopped travelling just as much as neighbours; hotels and restaurants may not have closed but have been severely affected. He points to the markings in supermarkets showing people where to stand and detailed restrictions on restaurants in terms of how many people they can have and how they serve them.

During the closing lines of the piece, the author includes one last Tegnell soundbite that’s as brilliant as any to end on. And it’s – of course – Tegnell’s “view” on a COVID-19 vaccine, something he believes won’t be a “silver bullet”.

Our conversation ends with Tegnell again swimming against the tide, and warning that a vaccine – if and when it comes – will not be the “silver bullet”. He adds: “Once again, I’m not very fond of easy solutions to complex problems and to believe that once the vaccine is here, we can go back and live as we always have done. I think that’s a dangerous message to send because it’s not going to be that easy.”

As the rest of Europe and the world remains under the grip of draconian rules and the threat of new lockdowns, Sweden, which allowed its citizens to remain free throughout the entire pandemic, has pretty much declared victory over the coronavirus.