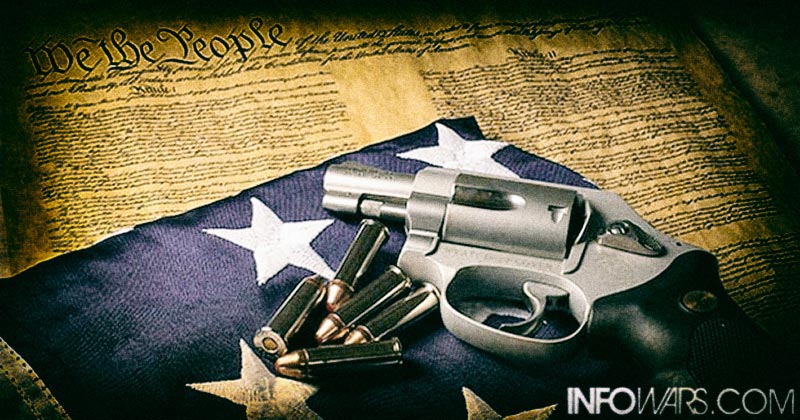 Police in Colorado used the state’s new “Red Flag” gun law for the first time this week, one day after the law went into effect on January 1.

Denver police petitioned the court to temporarily confiscate a citizen’s firearms after he allegedly beat his wife and made suicidal threats to investigators.

In this case, the police actually confiscated the man’s firearms first and asked the court for permission to keep the guns after the fact, a violation of his 5th Amendment right to due process.

Now, this article is not meant to defend an alleged wife-beater, but the keyword here is “alleged.”

Under this new “Red Flag” confiscation law, anyone could make an unsubstantiated claim that results in a law-abiding citizen’s firearms from being seized.

Of course, many Americans oppose the controversial regulation and realize it jeopardizes the Fifth and Second Amendment rights of many citizens.

KKTV 11 News in Denver reports, “Not everyone stands behind the new law. ‘This has got trouble written all over it,’ El Paso County Sheriff Bill Elder told 11 News in the past about the bill before it was signed into law.”

After the law was passed in April, nearly half of the sheriffs in the state denounced the decision and declared their territories “Second Amendment sanctuaries.”

In this specific case, the firearms confiscated will not be returned for 364 days and the individual can be prohibited from possessing other firearms for the same duration if a judge grants the petition.

A Jan. 16 hearing on the petition is set to be held at the Denver Probate Court.

Meanwhile, in the state of Virginia, a Second Amendment fight is brewing after state Democrats led by Gov. Ralph Northam introduced strict new gun control measures requiring gun owners to register their firearms with the state, and also banning the possession of magazines that hold over ten rounds.