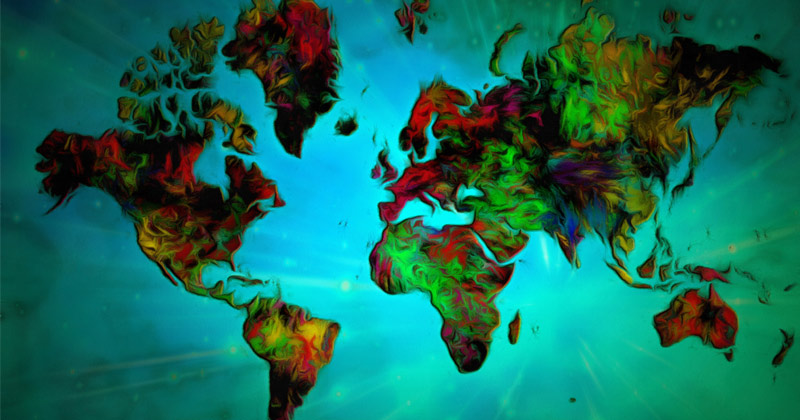 Foreign policy seems to have been placed on the back burner in the Trump era. Domestic issues, generic outrage politics, and the present covid-19 pandemic have sucked the oxygen out of American political discourse.

The fact that the media opts to cover more sensationalist material does not make foreign policy a trivial matter. If anything, the lack of foreign policy coverage reveals the dilapidated state of contemporary political debate. When the Fourth Estate does bother to broach foreign policy it does so for the most hysterical reasons.

The ongoing Russian hysteria is the embodiment of the media’s infantile coverage of foreign policy. Although the Cold War has been over for decades, pundits on both the left and right remain convinced that Russia—a country of nearly 145 million and with an economic output smaller than Canada’s—is hell-bent on reenacting its past Cold War aspirations.

Iran has always been on neoconservatives’ minds as well. Suffering from the trauma of the 1979 Iranian hostage crisis, neoconservatives and their establishment liberal counterparts have spent decades slapping on sanctions and trying to push for regime change in Iran. Earlier this year, the neoconservative bloodthirst was partially quenched after the US government assassinated Major General Qasem Soleimani at the Baghdad Airport. In a surprising display of restraint, the Trump administration has not escalated any further in Iran and potentially thrust America into another disastrous intervention. Had Marco Rubio or Jeb Bush been at the helm, God knows where the US would find itself.

The global crusading has been cranked up to another level by provoking the Chinese government in the South China Sea and prodding into China’s internal affairs. From its repression of ethnic Uighurs in the Xinjiang region to its steps to consolidate power over Hong Kong, China’s internal affairs have been subject to scrutiny from the West. Reasonable people can recognize that China, despite making some pragmatic reforms in the 1980s, is still a repressive regime. But does this merit a potential escalation in the South China Sea or worse yet, a full-blown kinetic conflict?

Based on the fact that both China and the US are nuclear powers, cooler heads will likely prevail. But the fact that policymakers are entertaining the idea of risking a catastrophic conflict shows that politicians’ thirst for war and regime change destabilization has not gone away. Such delusions are the province of an empire in an inebriated state that prevents it from making rational judgments.

Why American Foreign Policy Is Due for a Correction

According to American University anthropology professor David Vine, it costs taxpayers $85–100 billion per year to operate overseas military bases. Meanwhile, the decades-long war on terror has cost Americans $5.9 trillion and has led to the deaths of 6,951 American troops and at least 244,000–266,000 civilians in the Middle East. As of 2020, US defense spending stands at more than $732 billion—a figure higher than the next ten countries’ military budgets put together.

The Unipolar Moment Is Dead

Thanks to the US’s location and vast nuclear arsenal, it is relatively safe from external threats despite all the fearmongering coming from the interventionist crowd. It’s becoming clear that the missionary model of exporting democracy abroad is a failure.

Nonetheless, foreign policy hawks have remained adamant about pursuing regime change in Iran through stiff sanctions, saber rattling, and drawing first blood. We shouldn’t forget that US government meddling in the region goes deep. This all started when the CIA and British intelligence launched a successful coup against the populist leader Mohammad Mossadegh in 1953, resulting in the installation of the Shah Mohammad Reza Pahlavi.

Following the shah’s deposition in the Islamic Revolution of 1979, the US has seen Iran as one of its primary foes. Increased sanctions starting in the 1980s, combined with additional sanctions imposed in each decade, have only increased tensions. Not to mention the heightened military presence that encircles the country, which has compelled Iran to get crafty in its opposition to US foreign policy. Iran has responded to US regime change attempts not only by filling in the power vacuum that the US left behind after completely decimating Iraq, but also by expanding its operations in Latin America through the establishment of clandestine networks in the region. Though none of the networks pose existential threats to the US, they show the lengths Iran will go to counter US encroachments in its backyard. It is the height of imperial hubris to think that countries will just stand down and let the US steamroll them.

Additionally, increased US hawkishness toward Iran has created the conditions for it to forge alliances with Russia and China—two countries that have also been hit with sanctions and subject to US bullying in the past decade. These ties have only strengthened amid the current covid-19 pandemic. Undoubtedly, Iran won’t go down easily and will seek alliances with countries such as China and Russia, who share similar grievances with the zealous nature of American foreign policy.

It’s a New World out There

The world’s emerging multipolarity allows for countries to band together against a common antagonistic hegemon like the US. As the unipolar era of yore becomes a distant memory, the US can’t go throwing its weight around the world without repercussions. Regime change operations in Syria demonstrated that countries such as Iran and Russia are willing to step in to defend their interests regardless of what DC foreign policy wonks think.

Similarly, subtle machinations in Venezuela have seen countries like China, Iran, Russia, and Turkey respond by propping up the regime of the embattled strongman Nicolás Maduro. Any of the US’s attempts to try to topple governments it doesn’t like will be met with significant pushback. Regime change fanatics in DC can deny this all they want, but it’s part of the global realignment unfolding before our eyes.

It is amazing what governments can get away with when they have a printing press at their disposal. We are not getting rid of central banking any time soon, but the US’s deluded foreign policy ambitions can still be restrained. At the end of the day, it’s a matter of political will.

Policymakers should actually consider the costs of their foreign policy adventures before sending young people off to die in some ill-fated campaign and putting taxpayers—present and future—on the hook for such excursions.

A geopolitical reset that involves scaling back US interventions and its military presence abroad will foster pragmatic foreign policy decisions and the prioritization of actual defense policies. Whether or not American foreign policy leaders will abandon their imperial hubris is another matter.