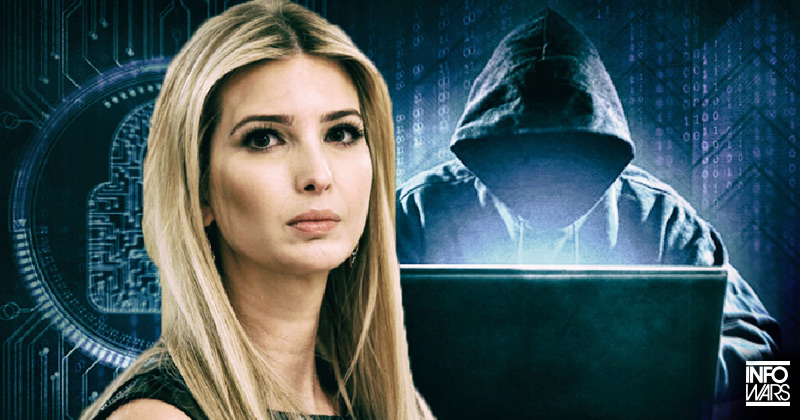 On Sunday, America’s First Daughter tweeted out a DoJ press release detailing its takedown of the website Welcome To Video, “the largest child sexual exploitation market by volume of content.”

In the Wednesday press release, the DOJ announced it was bringing federal charges against 23-year-old South Korean national Jong Woo Son, who was allegedly operating the website from servers also located in the country, in addition to charges against hundreds of other site users residing in the United States and abroad.

At least 23 children from the US, the UK, and Spain, who were sexually exploited by users of the site, were also rescued, according to the DOJ.

During a news conference last week, investigators revealed they’d seized over 8 terabytes of child exploitation videos from the site.

The press release names several men who were arrested domestically during the bust, including father of two Michael Lawson, who reportedly “admitted to engaging in child sexual exploitation and purchasing and downloading images and videos with bitcoin from his home,” according to the Justice Department criminal division’s deputy assistant attorney general Richard Downing.

“He installed cameras in his residence and captured video of prepubescent friends of his children using the bathroom and showers,” Downing said.

Efforts to arrest users began in 2017 and involved tracing and following the flow of bitcoin transactions on the blockchain, since the website was reportedly among the first of its kind to allow users to use the cryptocurrency to conduct transactions.

A forfeiture complaint seeks to recover some or all of the illicit funds and return them to the victims.

“Our message for those who produce, distribute and receive child pornography is clear: You may try to hide behind technology, but we will find you and we will arrest and prosecute you,” Ivanka wrote in a follow-up tweet, quoting the U.S. attorney for the District of Columbia, Jessie Liu.

"Our message for those who produce, distribute and receive child pornography is clear: You may try to hide behind technology, but we will find you and we will arrest and prosecute you."

Is the lack of action and active misdirection by mainstream media hosts complicity in child trafficking?