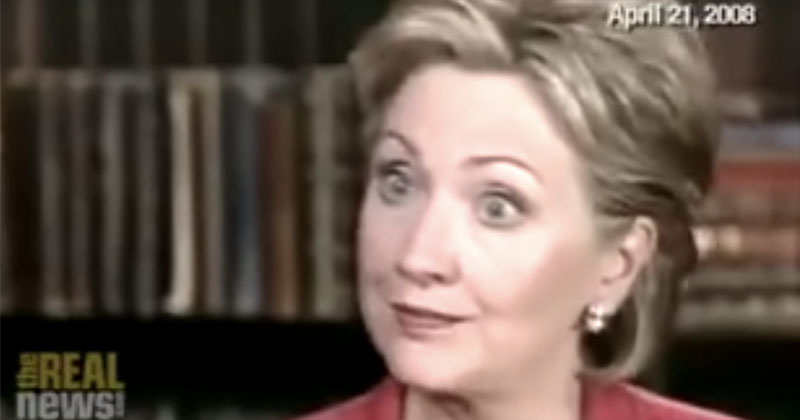 Leftists on Twitter got #IVotedForHillaryClinton trending following the Iranian strike against several U.S. bases in Iraq on Tuesday, but were left with egg on their faces after President Trump called for de-escalating tensions with Iran the next morning.

Soon after Iran shot over a dozen ballistic missiles as multiple U.S. military installations, panicked liberals took to Twitter to remind users that they voted for Hillary Clinton, who definitely wouldn’t have started World War III with Iran.

If only someone had warned us.

#IvotedforHillaryClinton and she was right about every fucking thing about @realDonaldTrump.

#IvotedforHillaryClinton because she is educated, dignified, can always see the big picture, and for her entire life has been a public servant to America and it's citizens.

Hillary was right about every fukin' thing.

Trump is a Russian puppet and our entire nation is at risk.

Clinton herself smugly jumped aboard her own hashtag shortly before Trump gave a speech addressing the attack.

But the pro-Clinton hashtag became an embarrassment after President Trump expressed his desire to de-escalate tensions with Iran and “embrace peace.”

"To the people and leaders of Iran: we want you to have a future, and a great future. One that you deserve. One of prosperity at home, and harmony with the nations of the world," says President Trump.

"The United States is ready to embrace peace with all who seek it." pic.twitter.com/lIQJvFWoMK

Meanwhile, informed users on Twitter reminded ignorant Clinton supporters that the former Secretary of State avidly supported sparking a regional war with Iran and was partially responsible for destabilizing Libya.

#HillaryClinton said if she was president she would attack Iran. Don’t you get it #IvotedforHillaryClinton crowd? Who ever you vote for, the deep state wins. pic.twitter.com/79tIx0s1ZP

Julian Assange: “Clinton and ISIS are funded by the same money.”

“We came, we saw, he died!” ~ Hillary Clinton on the murder of Gaddafi.

Now #Libya is a failed state where terrorists sell human beings in open air slave markets, thanks to Obama’s intervention.

You voted for someone who oversaw regime change in Libya, which led to the refugee crisis, the rise of ISIS, and multiple mass casualty terror attacks in cities all over Europe.

What do you want, a medal?

Reading the #IvotedforHillaryClinton you realize these people forgot that she threatened to nuke Iran.

Clinton also voted in favor of launching the Iraq War in 2002 as a New York senator.