The Japaneses government announced Saturday it will ban farmers from planting rice in soil contaminated by radiation from the tsunami-flooded nuclear power plant, adding another food central to Japanese culture to the list of items raising concerns.

The ban will apply to any soil found to contain high levels of radioactive cesium, and farmers who cannot grow rice will be compensated.

So far, soil that exceeds the new limit has been found in only two places in Iitate, a village about 40 kilometers from Fukushima Daiichi, the nuclear plant crippled by the March 11 tsunami.

“We had to come up with a policy quickly because we are in planting season,” said Agriculture Minister Michihiko Kano.. “Following this, I want to hear the opinions of experts and local officials on how to remediate the soil.”

Earlier in the week, high levels of seawater contamination around the plant prompted the nation that gave the world sushi to set limits for the first time on the amount of radiation permitted in fish. The contamination levels have since decreased after plant workers managed to plug a leak.

There has been concern about radiation in vegetables and milk, and several countries, most recently China, have banned imports of some items from Japan. 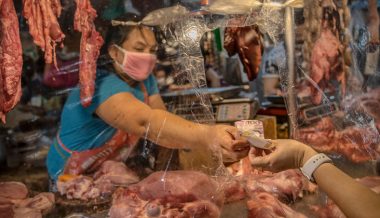