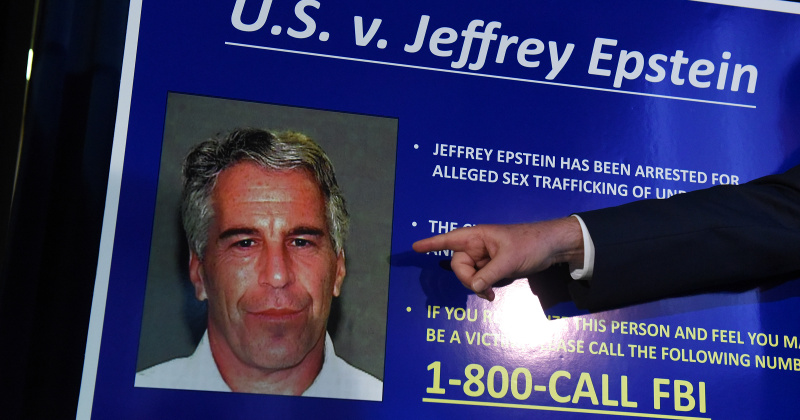 Is this why CNN’s Chris Cuomo said “who cares” about who was “better friends” with Jeffrey Epstein and begged his viewers not to “get caught up in the intrigue” of it all?

Jeffrey Epstein hobnobbed with high-profile guests from the worlds of politics, banking, Hollywood and philanthropy at a Hamptons party just two months after his release by the state of Florida for soliciting a minor.

Photos from a 2010 dinner party at the home of David and Julia Kochobtained by DailyMail.com show Epstein as he chats with guests after a screening of Wall Street: Money Never Sleeps.

Among those guests were two men who currently serve in President Trump’s cabinet and his most trusted legal adviser.

The Wall Street Journal wrote about those who attended the event a few days later, and in the piece noted that Giuliani ‘walked out of the theater around the same time as Jeffrey Epstein, leading one observer to remark on the “beautifully done meeting of the prosecutor and the felon.”‘

After warning the world about impending AI troubles, Elon Musk has fully embraced the human AI interface with his plans to bring it to the general public.

She has admitted to helping Epstein out, and in an interview with The New York Times said:  ‘I was a kind of plugged-in girl around town who knew a lot of people. And I think that’s what he wanted from me, a kind of social goings-on about New York.’

Why would David Koch invite Epstein to this party two months after he was released from prison for soliciting a minor and accused of a multitude of sex crimes involving young girls?

As noted above, his name shows up in Epstein’s little black book: How much partying did he and Epstein do together?

One has to wonder if Koch’s relationship with Epstein is the real reason he and his brother are such loyal servants of the powers that be.