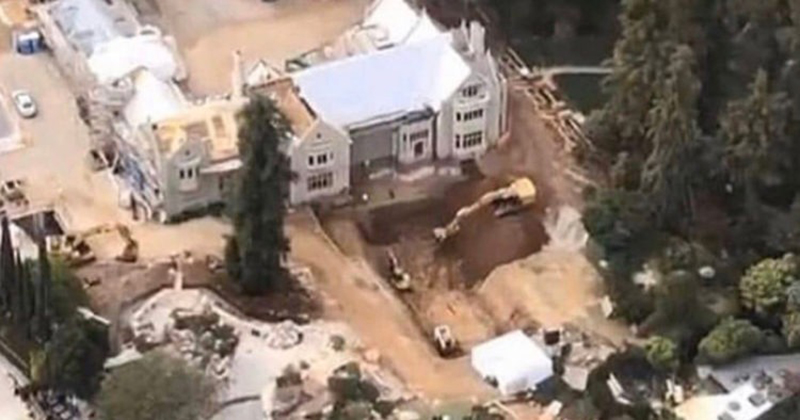 Former Playboy reality TV host, Jenna Jameson, tweeted that she ‘can attest’ to underground tunnels and quarters beneath the Playboy Mansion.

This tweet made by Jameson was in reply to a thread that possibly links TMZ  photographs from outside the Playboy Mansion to previously unconfirmed aerial photographs of the same property.

The pictures show large-scale construction crews digging deep into the grounds of the property where the Playboy Mansion has stood since 1927.

I can attest to this.

After, a tweet was released from TMZ showing the Playboy Mansion under construction.

Alex Jones exposes the globalist new world order death cult and how they have infiltrated society by brainwashing the unwitting masses.

Jenna Jameson has been working in the sex work industry since 1993, but began working as a host for a pay-per-view reality show on Playboy TV from 2005 until 2006. Jameson archived Playboy profile referrers to as “legendary.”

They allege that these tunnels connected the home of Hugh Hefner to the nearby homes of Jack Nicholson, James Caan, Warren Beatty, and Kirk Douglas.

“Until now, Playboy journalists themselves have been kept in the dark about these secret tunnels.”

The Playboy editorial staff who allegedly found all this evidence did not get access to the tunnels.

“But when the Playboy.com team asked to see the actual tunnels, a staff member said (off the record), that he’d “heard” they were closed up sometime in 1989, the same year Mr. Hefner married playmate Kimberley Conrad. The Playboy journalists then reached out to Mr. Hefner, reps for Nicholson, Caan, Douglas and Beatty, but none of them wished or agreed to comment.”

Although the article does include two hyperlinks to Playboy.com, the pages have since been removed. Other reports say it was a clever April Fools Day prank executed by Hefner.

Now that there are pictures circulating the internet of active construction on the grounds of the Playboy Mansion, many of these rumors are beginning to resurface.