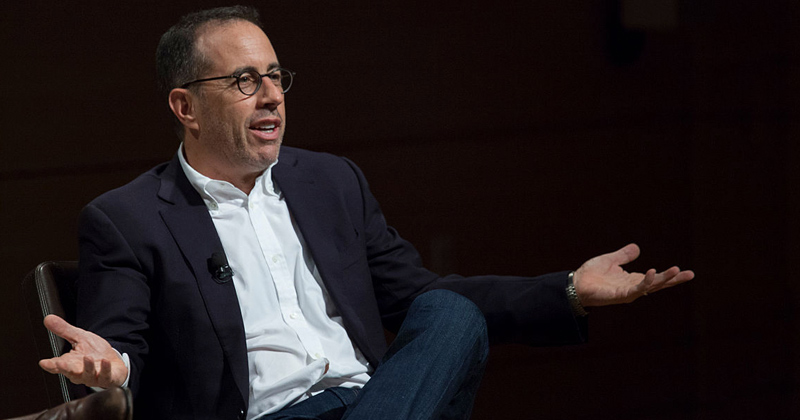 While announcing fellow comedian Lewis Black as the next guest on his web series, Comedians in Cars Getting Coffee, Seinfeld jokingly tweeted that “Black’s life matters.”

Several verified Twitter accounts immediately attacked Seinfeld over the pun, alleging that such humor was in bad taste and off-limits.

@JerrySeinfeld @Acura what the fuck jerry

Stand up comedian Matt Donaher even claimed the tweet was politically incorrect.

@JerrySeinfeld @Acura Hey I know you think college kids are too PC but I'm in my 30s and this crap was really offensive and lame.

Fans of Seinfeld on the other hand defended the comedian against what they saw as “fake outrage.”

@JerrySeinfeld @Acura PC police coming for you with their fake outrage.

@JerrySeinfeld @Acura In before the SJW / BLM meltdown over "Black’s life matters" LOL!!! Love ya Jerry!!!!

Seinfeld, who has repeatedly criticized political correctness in comedy, has neither removed the tweet or addressed complaints.

During an appearance on ESPN Radio’s “The Herd with Colin Cowherd” in 2015, the comedian revealed he avoided performing on college campuses because they’d become “so PC.”

“I don’t play colleges but I hear a lot of people tell me, ‘Don’t go near colleges, they’re so pc,’” he said.

Using his 14-year-old daughter as an example at the time, the Seinfeld star also bemoaned what he described as a politically correct-obsessed youth.

“My daughter’s 14. My wife says to her, ‘Well, you know, in the next couple of years, I think maybe you’re going to want to hang around the city more on the weekends so you can see boys.’ You know, my daughter says, ‘That’s sexist,’” he said.

“They just want to use these words. ‘That’s racist. That’s sexist. That’s prejudice.’ They don’t even know what they’re talking about.”

During a 2014 interview with Buzzfeed Seinfeld made similar comments after being confronted about the number of “white males” on his aforementioned web series.