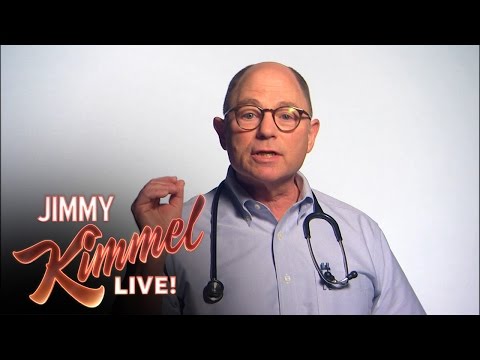 The other night Jimmy Kimmel decided to blast parents who don’t vaccinate their children.

He emphasized the difference between what these parents know and what, ahem, doctors know.

In between wisecracks, Kimmel made it clear that (pro-vaccine) doctors are very smart and knowledgeable people—as if this obvious fact had escaped the dissident parents.

Kimmel then presented several doctors doing a comic rendition of a public service announcement for vaccination.

First of all, Kimmel (and TV news anchors) personally know as much about vaccine science as an ant knows about spaceship navigation. Let’s get that straight.

Second, the doctors Kimmel presented, all of whom fervently believe vaccines are remarkably safe, don’t have a clue about the fact that the US system for reporting severe and dangerous vaccine adverse effects (VAERS) is broken.

Why? Two reasons. Doctors who vaccinate patients aren’t required by law to report adverse reactions. And many parents don’t even know there is a system for reporting.

Therefore, in the real world, there is no way these doctors can say vaccines are safe.

Of course they do say that. Therefore, they’re accidentally or intentionally clueless, and no intelligent person should buy what they’re peddling.

Here is one reasonable attempt to assess vaccine damage in America. It was done byBarbara Loe Fisher, who heads up the private National Vaccine Information Center.

The reference is “In the Wake of Vaccines,” published in the Sept./Oct. 2004 issue ofMothering Magazine.

“But how many children have [adverse] vaccine reactions every year? Is it really only one in 110,000 or one in a million who are left permanently disabled after vaccination? Former FDA Commissioner David Kessler observed in 1993 that less than 1 percent of doctors report adverse events following prescription drug use. [See DA Kessler, ‘Introducing MEDWatch,’ JAMA, June 2, 1993: 2765-2768]


“…The 1986 Vaccine Injury Act contained no legal sanctions for not reporting [via VAERS]; doctors can refuse to report and suffer no consequences.

“Even so, each year about 12,000 reports are made to the Vaccine Adverse Event Reporting System [VAERS]; parents as well as doctors can make those reports. [See RT Chen, B. Hibbs, ‘Vaccine safety,’ Pediatric Annals, July 1998: 445-458]

“However, if that number represents only 10 percent of what is actually occurring, then the actual number may be 120,000 vaccine-adverse events. If doctors report vaccine reactions as infrequently as Dr. Kessler said they report prescription-drug reactions, and the number 12,000 is only 1 percent of the actual total, then the real number may be 1.2 million vaccine-adverse events annually.”

A doctor prancing around on television claiming vaccines are remarkably safe is operating from sheer ignorance.

Citing studies doesn’t cut it. We’re talking about what happens in the real world—doctors vaccinating their patients every day, on and on.

Let’s move along to the Jimmy Kimmel doctors’ reputations as representatives of their august profession: the practice of Medicine.

Why? Because certain details about Medicine will reflect these doctors’ standing as authorities who are worth listening to (or not).

Kimmel merely points out that they are doctors—and therefore they have important status, as any fool would know.

Let’s look at a portion of the record.

The first reference is Dr. Barbara Starfield, Johns Hopkins School of Public Health, “Is US health really the best in the world?” Starfield’s review was published in the Journal of the American Medical Association on July 26, 2000.

It concluded that the US medical system kills 225,000 Americans a year. 106,000 deaths stem from medical drugs approved as safe and effective by the FDA. The other 119,000 Americans are killed by mistreatment and errors in hospitals.

Let’s see… that would come to 2.25 MILLION Americans killed each decade by the US medical system.

Lenzer refers to a report by the Institute for Safe Medication Practices: “It calculated that in 2011 prescription drugs were associated with two to four million people in the US experiencing ‘serious, disabling, or fatal injuries, including 128,000 deaths.’”

The report called this “one of the most significant perils to humans resulting from human activity.”

My point? Jimmy Kimmel’s doctors practice medicine in this system.

If someone came up to you on the street wearing a white coat and said, “I work for an outfit that kills 2.25 million Americans per decade, and I’m telling you that vaccines are perfectly safe and you must vaccinate your children,” would you believe him?

Or to put it another way, if you did believe him, what kind of idiot would you be?

I’d like to thank Jimmy Kimmel in advance. I’m sure he’ll report these facts on his show, in order to obtain some measure of balance, and to offset his earlier medically-backed defense of vaccines.

When can I tune in, Jimmy, and watch your congenial retraction?