Fed cartel will never back off on the heavy bond purchases

On Friday, the establishment media hinted the Federal Reserve was about put the brakes on its bankster monetization program, otherwise known as helicopter quantitative easing, in response to what was touted as a significant reduction in unemployment. The privately owned cartel masquerading as a federal agency claims quantitative easing — purchasing between $85 billion to $65 billion a month in Treasury bonds — will “stimulate” the economy and somehow bring back millions of jobs outsourced to slave labor gulags in China and Asia.

Instead, QE is another scam designed to establish “the greatest backdoor Wall Street bailout of all time,” according to a former Wall Street employee, Andrew Huszar. “Having racked up hundreds of billions of dollars in opaque Fed subsidies, U.S. banks have seen their collective stock price triple since March 2009. The biggest ones have only become more of a cartel: 0.2% of them now control more than 70% of the U.S. bank assets,” Huszar wrote for the Wall Street Journal in November.

Taper talk is now making the rounds. “Investors say the upbeat jobs report puts the Federal Reserve one step closer toward dialing back its $85 billion-a-month bond-buying program,” the Journal reported on Friday.

It looks like the latest job report is another snow job, however, same as the one rolled out last October. “The October 2012 pre-election Non-Farm Jobs Report was falsified,” writes Jim Willie. “Nothing new in following orders from the camp commandants in officialdom. The reduced jobless rate from 8.1% to 7.8% permitted the occupant of the White House to report the success of the economic recovery.”

On Saturday, John Crudele, writing for the New York Post, said the latest pie-in-the-sky employment data was probably cooked up by the Census Bureau, which collects data on the unemployment rate for the Labor Department. He cites an even earlier instance of cooked books, back in 2010.

“The culprit said back then (and to me during an interview) that he was told to do so by Census supervisors who were in the position to instruct others to make similar fabrications,” Crudele writes. “In fact, a source who I haven’t named but who is familiar with the Census data accumulation process has told me that falsifications have been occurring on a regular basis.”

According to a corporate media with eyes fixed on the stock market, the jobs numbers, which Crudele’s sources say are cooked, will result in the end of ZIRP and QE Infinity. Some economists, though, believe the Fed cartel will never back off on the heavy bond purchases.

“I still think it’s more likely that the Fed is going to hold off,” on tapering, said Scott Brown, chief economist at Raymond James. “Even though jobs are picking up, we are still a very long way from normal in the job market.”

The Gray Lady said as much. Cartel officialdom told the New York Times they “are in no hurry to retreat from their bond-buying campaign to stimulate the economy and are likely to postpone any cuts to the program until next year… influential Fed officials see little harm in postponing the decision, particularly compared with the risks of pulling back too soon.”

And hold off forever, or at least until the bottom falls out and the banksters scramble for their offshore havens and leave the rest of us to flounder in the wreckage of what was not long ago the most productive and dynamic economy the world has ever experienced.

“The banker welfare, feeding at the trough, knows no end,” Willie explains. “It came into the open with the TARP Fund bait & switch tactic deployed to garner $700 billion. The funds were largely used to cover big bank bonds and preferred stock, a favorite asset holding by the bankers and their families. It has become a national priority to preserve the college funds for their children, not to mention their lunch accounts and many mistresses (see Jamie Dimon). The inside word has it that the QE3 includes a hidden chamber, to cover the toxic fraud-ridden mortgage bonds and collateralized debt obligations that clog the housing market itself.” 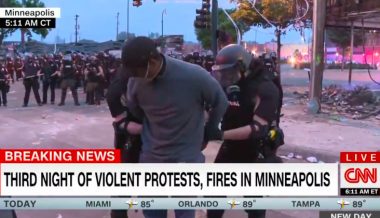