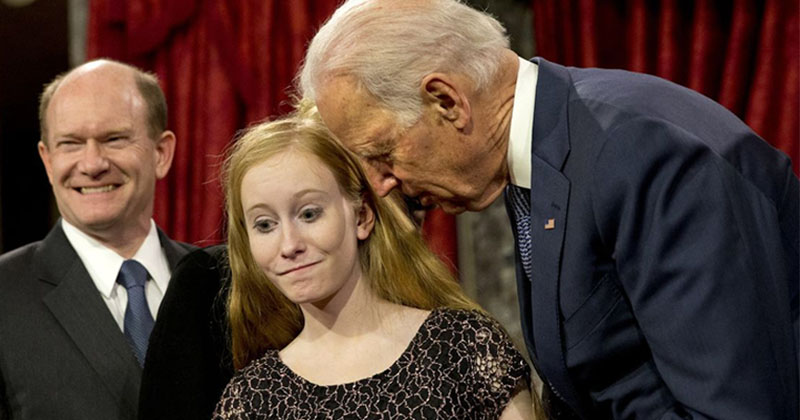 Joe Biden’s campaign has launched into damage control mode announcing that the presumptive Democrat frontrunner would soon hold a “Virtual Women’s Town Hall,” as sex assault allegations against him by a former staffer have gained traction.

According to a Biden campaign email sent Monday, “Joe Biden and a special guest will hold a virtual town hall on the impact of COVID-19 on women” on Tuesday.

The announcement comes after former staffer Tara Reade alleged Biden forcibly penetrated her with his fingers in 1993 when he was a Delaware senator, accusations that his campaign has denied.

“Women have a right to tell their story, and reporters have an obligation to rigorously vet those claims,” Kate Bedingfield, Biden’s campaign manager and communications director said in a statement earlier this month. “We encourage them to do so, because these accusations are false.”

“Vice President Biden has dedicated his public life to changing the culture and the laws around violence against women. He authored and fought for the passage and reauthorization of the landmark Violence Against Women Act. He firmly believes that women have a right to be heard — and heard respectfully.”

“Such claims should also be diligently reviewed by an independent press. What is clear about this claim: it is untrue. This absolutely did not happen,” she added.

But the credibility of Reade’s allegations have only gotten stronger in recent days after a 1993 clip of CNN’s Larry King Live resurfaced showing a woman identified as Reade’s mother complaining about “problems” her daughter experienced while working as Biden’s staffer.

CNN then scrubbed the footage from its archives.

And on Monday, Reade’s former neighbor (and Biden supporter) Lynda LaCasse corroborated her sex assault claim, saying she recalled Reade confiding in her about Biden’s alleged assault in 1993.

“This happened, and I know it did because I remember talking about it,” Lynda LaCasse said.

“I remember her saying, here was this person that she was working for and she idolized him. And he kind of put her up against a wall. And he put his hand up her skirt and he put his fingers inside her. She felt like she was assaulted, and she really didn’t feel there was anything she could do.”

“She was crying,” she continued. “She was upset. And the more she talked about it, the more she started crying. I remember saying that she needed to file a police report.

Biden was already dogged by perception issues due to his recurring creepy behavior around women and children, which has resulted in a flood of memes across social media.