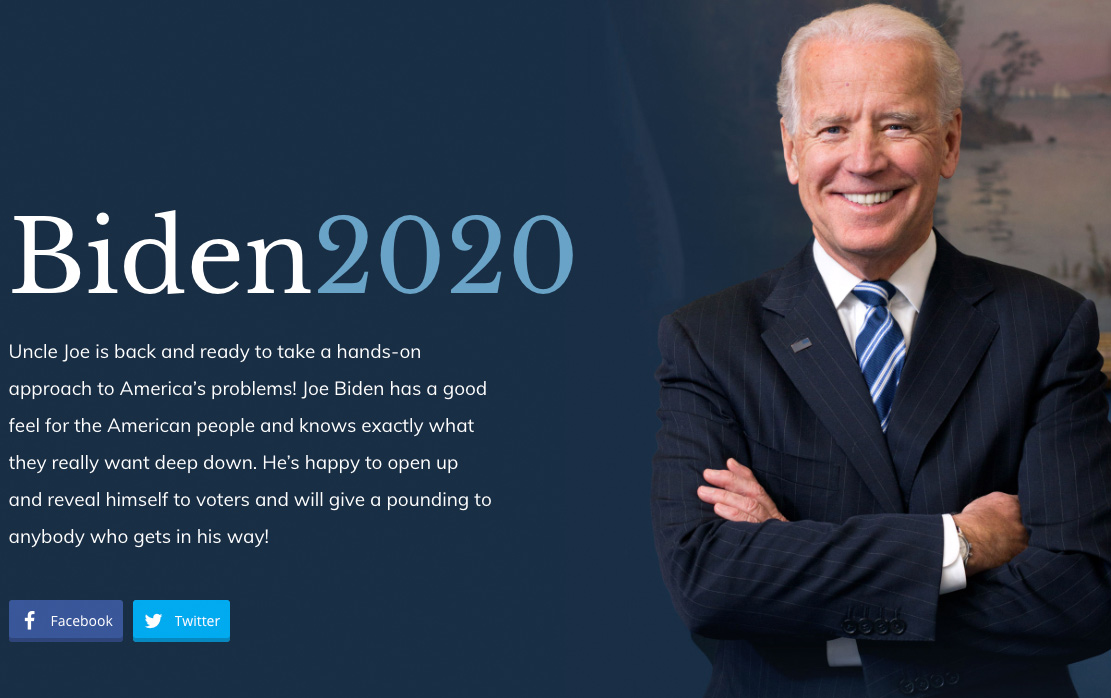 The website, JoeBiden.info, appears convincing at first glance, with a photo of the former vice president smiling and a banner reading “Biden 2020.”

But text on the fake website gives it away:

“Uncle Joe is back and ready to take a hands-on approach to America’s problems! Joe Biden has a good feel for the American people and knows exactly what they really want deep down. He’s happy to open up and reveal himself to voters and will give a pounding to anybody who gets in his way!”

Scroll down and users are treated to an unflattering infographic of “Joe’s legislative accomplishments,” showing how his voting record has run contrary to Democrat positions on issues such as gay marriage and abortion. 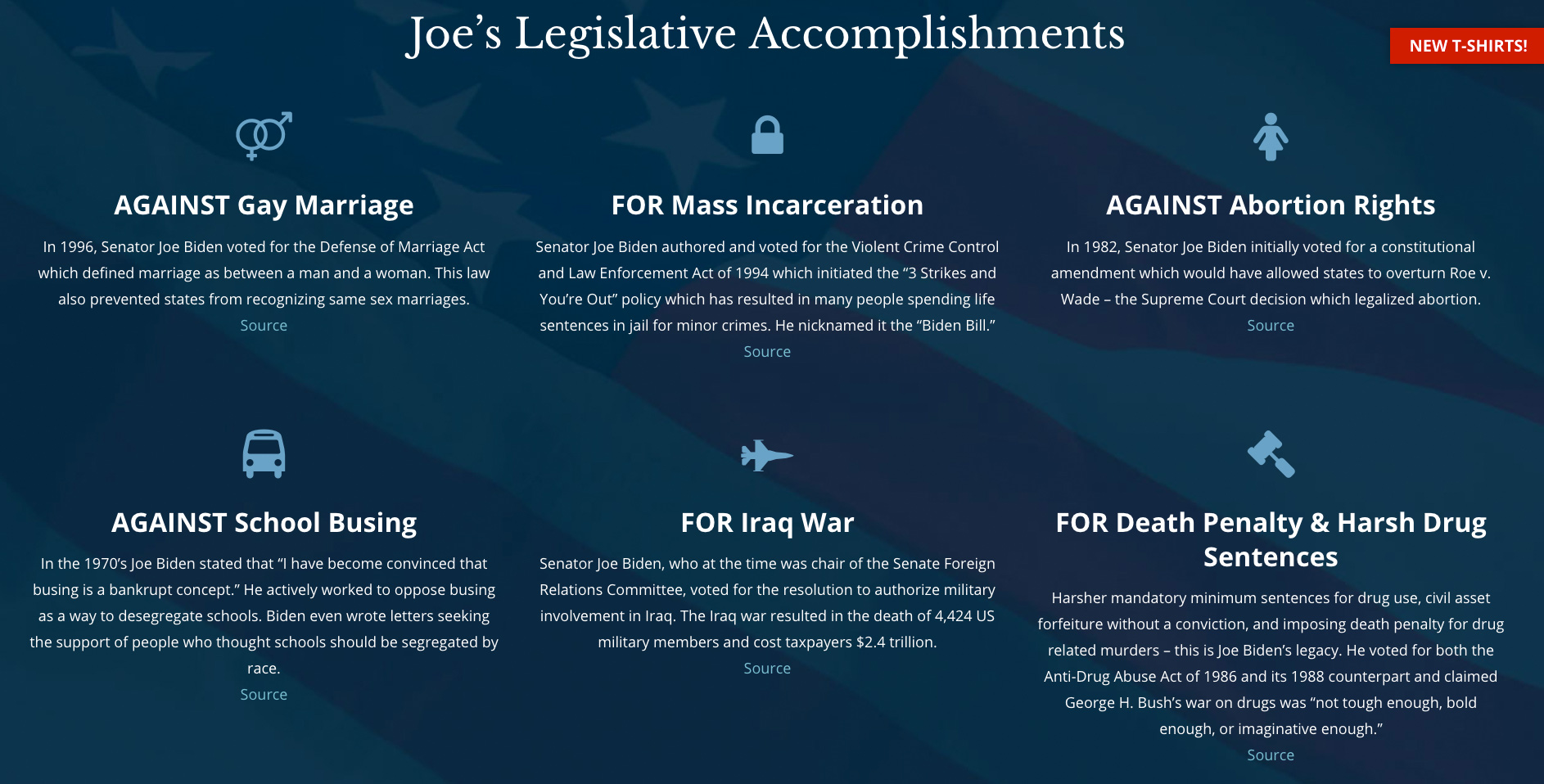 Except for a paid campaign ad, the parody site is so popular it’s overshadowing search rankings for Biden’s official site, JoeBiden.com, which Google users claim doesn’t even appear on the first page of results.

Users are reporting that the former vice president’s official 2020 campaign page is nowhere to be found on the first page of results for the search term “Joe Biden.”

Even worse for the Democratic front-runner: A realistic-looking parody site featuring images of Biden touching women and children appears to be doing quite well on Google and other major search engines, particularly for the search “Joe Biden website.”

Contacted by CNBC, the creator of the site says they didn’t expect for it to be so popular, but that an infusion of traffic from social media, including Twitter and reddit.com/r/the_donald, in addition to great timing and SEO, helped the URL’s web rankings. 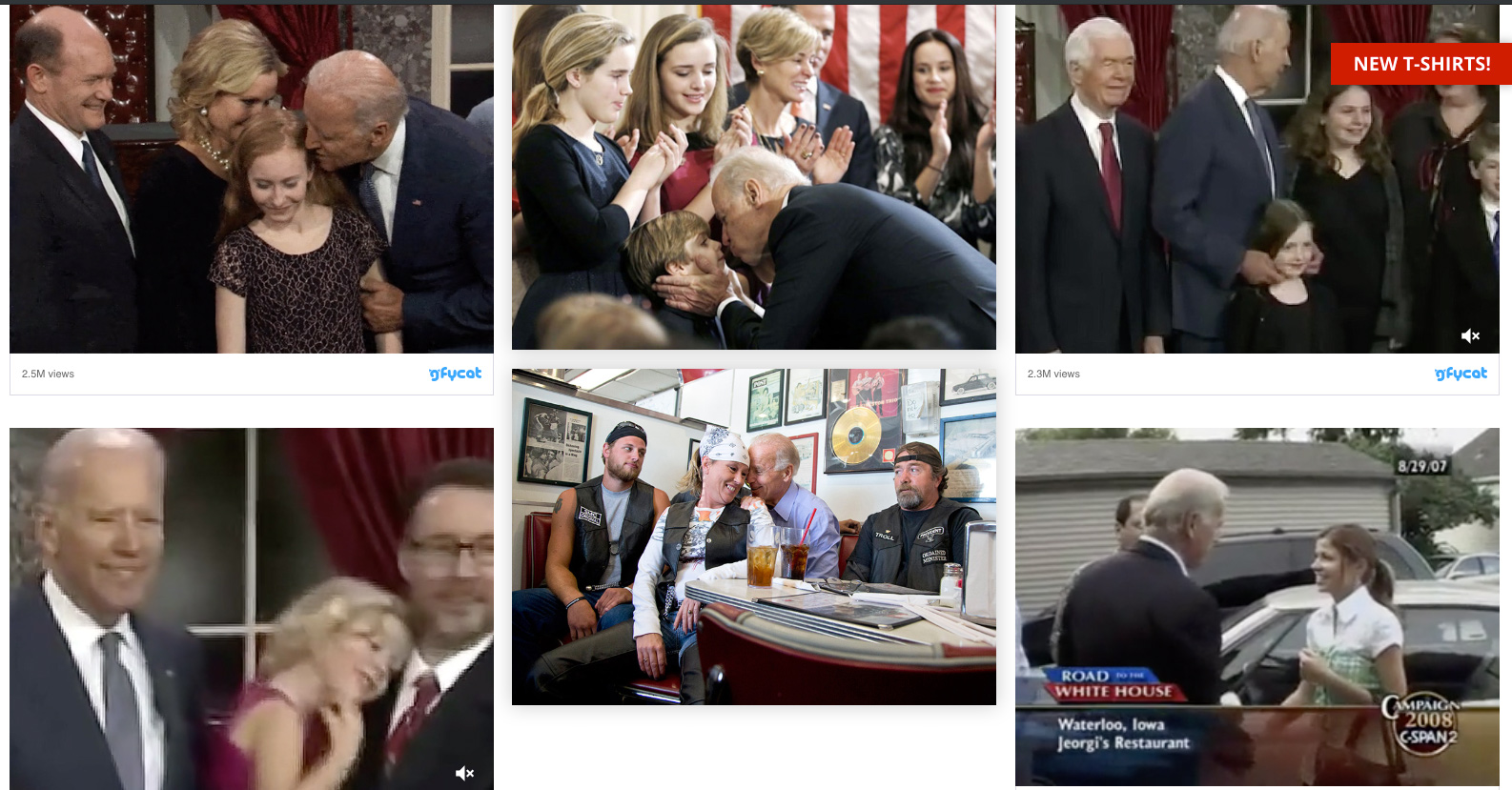 “I created the site before he launched his campaign and the site garnered a fair amount of traffic from Facebook, Twitter, and Reddit — especially on April Fool’s day,” the person wrote. “I think these factors combined with good [search engine optimization] practices resulted in it ranking very well on Google and Bing.”

The creator added the website is being trafficked by unsuspecting Biden supporters legitimately looking for info on the candidate, but instead they read some of his infamous flubs and witness his gropey behavior firsthand.

“I would assume Biden’s campaign knows about it though by now,” the person told CNBC. “I get thousands of Biden supporters coming to the site every day who fail to realize that it is a parody — asking for volunteer information, donation information, suggestions on how to handle the [Anita Hill] situation, or criticizing his use of ‘All men are created equal’ — no joke. ”