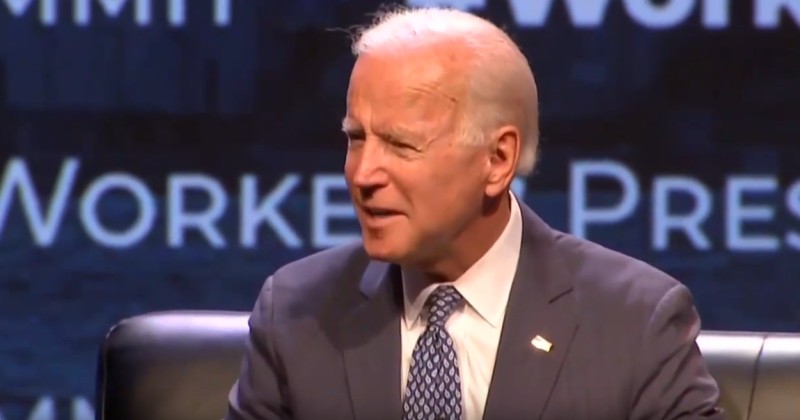 Presidential candidate Joe Biden had another senior moment yesterday when he claimed his tax credit plan would “put 720 million women back in the workforce.”

For readers whose strong point isn’t maths, that’s more human beings than there are in the entire country.

“You get a tax break for a race horse, why in God’s name couldn’t we provide a $8,000 tax credit for everybody who has child care costs?” Biden told the Workers’ Presidential Summit in Philadelphia.

“It would put 720 million back— million women back in the workforce,” he claimed, overlooking the fact that there are only 330 million Americans who exist.

This is by no means the first time Biden has verbally slipped up, with some even suggesting he is showing signs of early dementia.

Alex Jones and his crew reveal why Biden is still in the race.

During the recent Democratic debate, the former Vice President referred to Senator Bernie Sanders as “president” and was accused by Julián Castro of forgetting what he said two minutes ago.