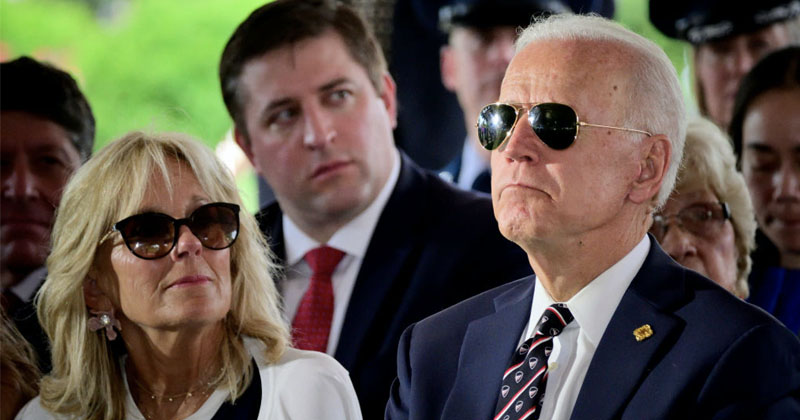 Democrats far and wide tore into the supposed 2020 frontrunner Joe Biden after his wife Jill said that he was the only electable candidate despite his many gaffes and tepid policy platform.

“I know that not all of you are committed to my husband, and I respect that,” Jill Biden told Democrats at a New Hampshire campaign event. “But I want you to think about your candidate, his or her electability, and who’s going to win this race.”

Dr. Jill Biden urges voters to consider her husband's electability, saying: "your candidate might be better on, I don’t know, healthcare than Joe is, but you’ve got to look at who’s going to win this election." pic.twitter.com/xdPk95wWnv

“Your candidate might be better on, I don’t know, health care, than Joe is, but you’ve got to look at who’s going to win this election.”

The far-left AKA the New Democrats responded in brutal fashion, criticizing Biden’s slurring, gaffes, old age, and the mainstream media propping him up with fake polls showing him as the frontrunner despite small crowd sizes at his campaign events.

A candidate who can’t keep up with the pace of a presidential campaign is not electable. Campaigns are long and tough and voters deserve to know if Biden can hack it. If his aides know he can’t, it’s irresponsible to try and smuggle him through. https://t.co/BwIYVYboSb

"Swallow a Little Bit [and Vote for Biden]" is not a winning campaign slogan https://t.co/CFSljQ9ral

still laughing at the "hold your nose and vote Biden" campaign motto https://t.co/ZYhZau0YXG

If you need to do this, then maybe your guy just shouldn't be running. https://t.co/5UiLQcUXuk

So in the last week, we have learned that Obama has urged Biden not to run multiple occasions (NY Times article) and now his own wife can't even name 3 concrete reasons to vote for her husband. #DropOutBiden #JoeGottaGo

It’s actually normal for Biden to ask if anyone else smells burnt toast in the middle of a press conference: my new column

Others pointed out that the mainstream media has been desperately trying to prop up the Biden campaign since the beginning.

Please explain this to me like I am five years old:

What am I missing with Biden in these polls? Is his base actually that big? I see almost no Biden support anywhere I go, internet or otherwise. This is not a hit at Biden or his base or anything- just genuinely confused

After every debate @JoeBiden drops significantly in the pollls & then couple of weeks later he's back up. Why? When voters see him with their own eyes they don't like what they see. Then media goes to work rehabilitating him & pounding the propaganda that he's the most electable.

Everyone is commenting on what a startling admission this is that Biden's policies suck. But even more important is that this is the SAME EXACT argument Hillary Clinton supporters used. They still haven't woken up to the reality that the establishment candidate is LESS electable. https://t.co/o6wHhbBCwc

Many on Twitter responded to Jill Biden’s suggestion with memes.

Joe Biden prepping for his next Presidential Debate.

"Not exactly a ringing endorsement of your man" pic.twitter.com/eRa419eVjU

President Trump last week stressed that Biden wasn’t “playing with a full deck” after he made another gaffe making a distinction between “poor kids” and “white kids.”