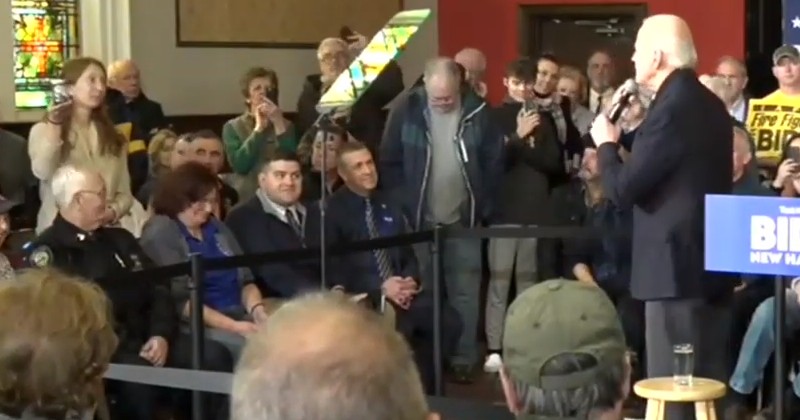 Presidential candidate Joe Biden was heckled by climate protesters during a campaign event in New Hampshire despite promising them he would “get rid of fossil fuels.”

Biden was talking about Medicare for All but the subject was swiftly changed by the protesters, who began yelling about eliminating fossil fuels.

After falsely suggesting that the protesters were in fact Trump supporters, Biden subsequently responded, “We are going to get rid of fossil fuels.”

Biden repeatedly tried to return to his talking point, but the hecklers wouldn’t stop.

A young woman near the front of the crowd then caught Biden’s attention as she directly addressed him.

“That’s why in our administration we wiped out – no more coal plants,” responded Biden, to which the woman mentioned that there was a coal plant in New Hampshire.

The former Vice-President then asked the woman to sit down, adding, “I promise you, let’s talk.”

Biden normally tells hecklers to shut up, but in this case he immediately folded to their demands, illustrating once again the power of the climate cult.